With the release of Update 0.6.8, we are launching a new in-game event called “Dunkirk”. 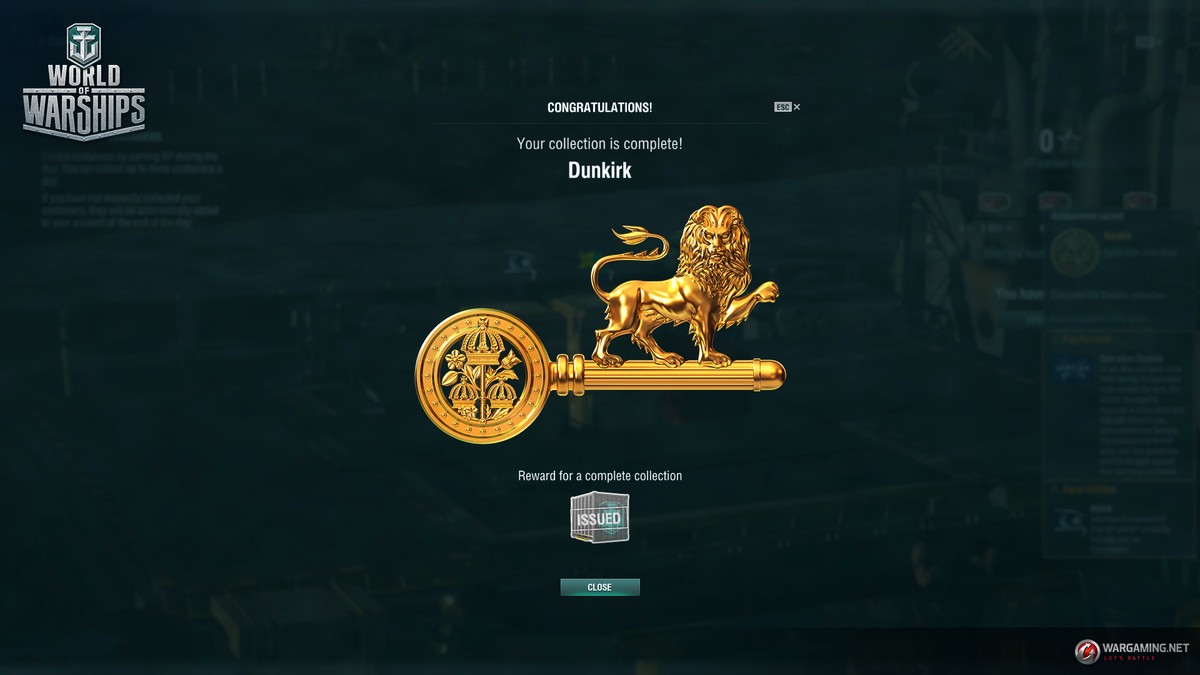 It is comprised of two separate parts: the first historical operation, Operation Dynamo in Scenarios, and the second collection in the game that will include 16 collectible items. 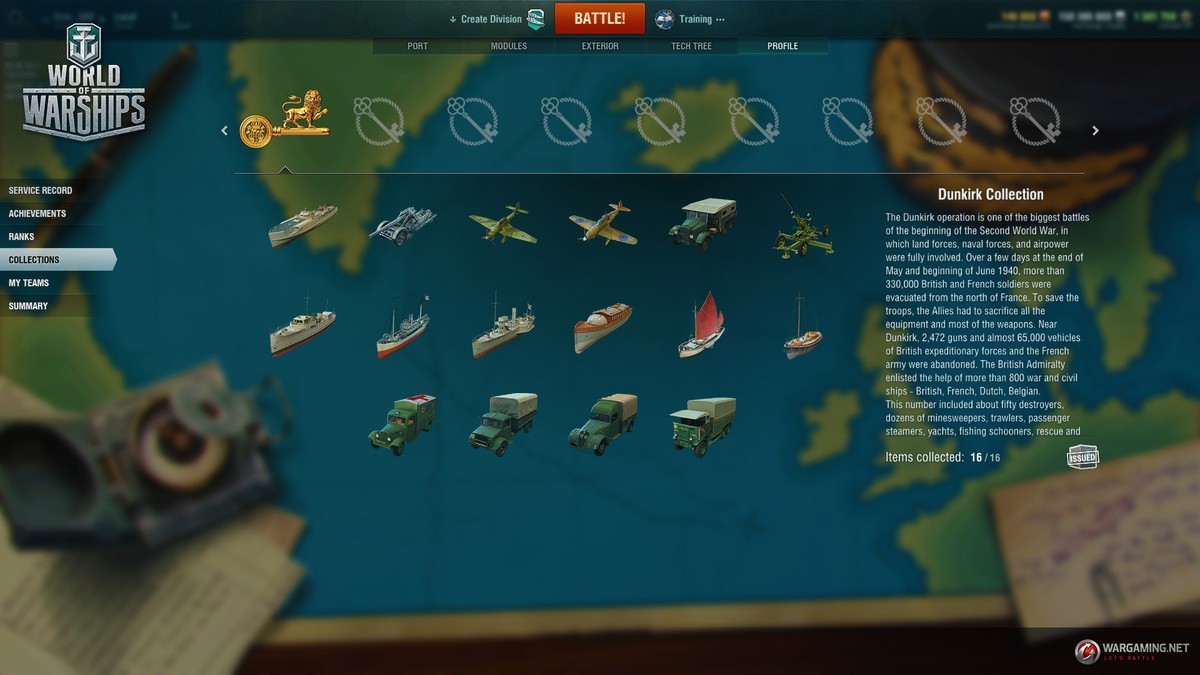 All details are available in a separate topic on the portal dedicated to this game event. The key features are:

For better coordination in battle, we have significantly redesigned the system of quick commands. We changed the commands themselves, as well as the way they are given.

Remember, however, that commands may also be sent using the F2, F3, etc. keys. Please see below for details about hotkey assignment!

The most notable innovation is the radial panel of quick commands, which differs depending on your view. To access it, press the default “B” hotkey:

See the full list of commands and the targets they are applied to: 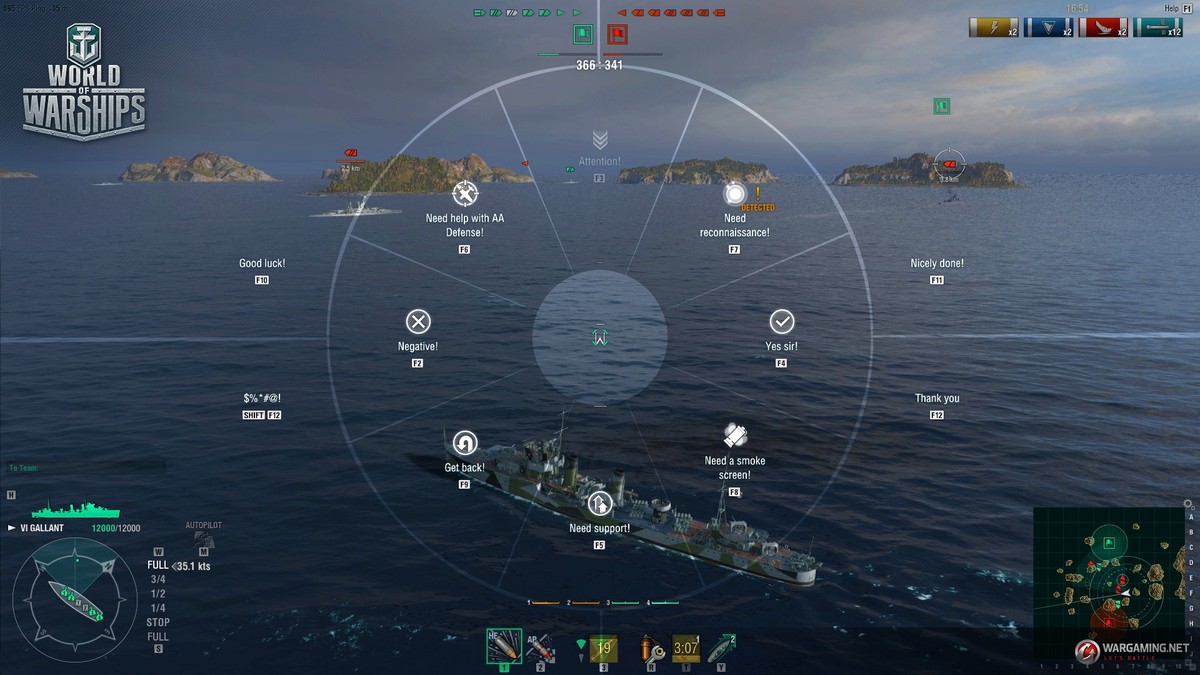 Battle commands are located in the centre, with the emotional ones positioned along the edge of the panel. Some commands in the panel may change depending on the addressee/target.

To issue a command via the QC button:

When making control operations with the cursor, in the Tactical Map and aerial camera views. 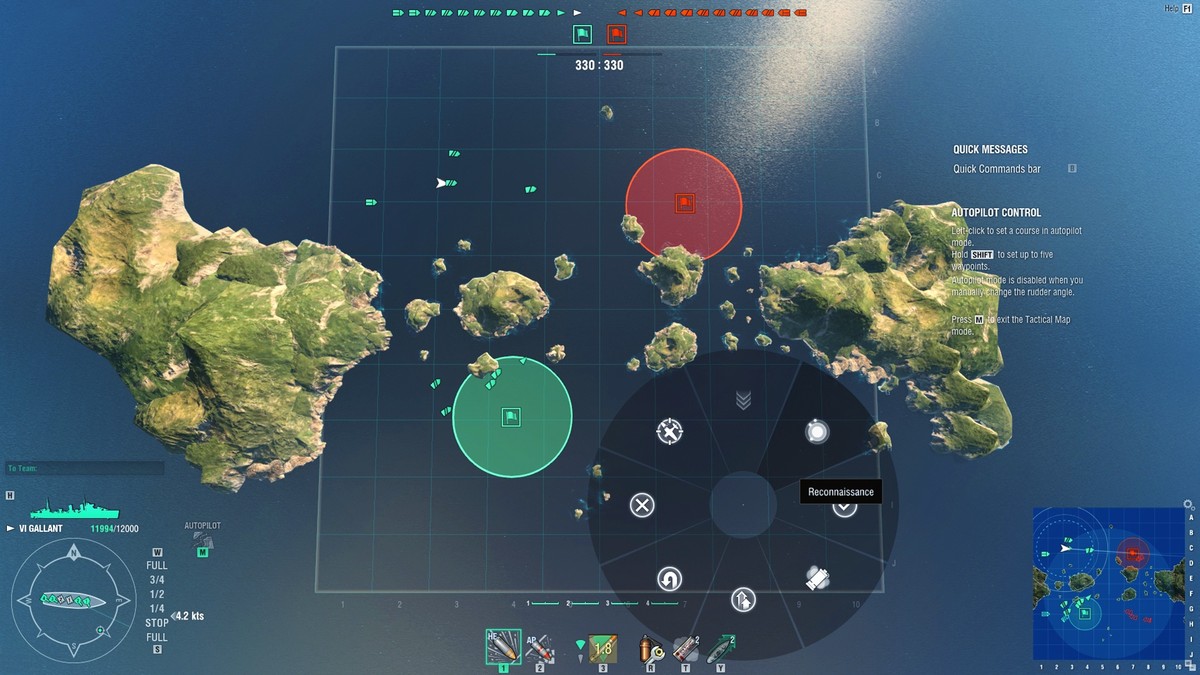 The other option is based on the use of a mini quick command panel containing battle commands only. To activate it, press “B”. The sequence of actions needed to give a command is similar to that described in the first scenario. To close the panel without issuing a command, move the cursor to its centre (as shown in the first image) or outside the panel border (the panel contains battle commands only). After that, simply release the “B” key.

Each battle command has its own zone of relevance.

If the distance between you and the player giving a command is less than 20 km, the command is considered to be relevant. You will hear the command clearly, see it in the in-game environment and on the Minimap as well as in the chat.

If the distance exceeds 20 km, the command is given in a much more quiet voice but it will appear in the in-game environment, on the Minimap and in the chat.

Anti-Spam and the QC Panel

This system allows the avoidance of abusing quick commands in the chat.

If within a five second period a players has given three or more quick commands, those commands will be blocked:

Any attempt to give a quick command during the period when it is blocked will result in that player (and only that player) seeing the following system message: “You’re using quick commands too often”.

At the request of players, we decreased the chances of getting special upgrades in supercontainers and completely removed the 5 and 10 million-credits rewards. Credits were not perceived by the players to be a valuable reward, because it was believed that those amounts could be obtained more efficiently by selecting the “More Credits” containers.

At the same time, we added new ships, sets of camos, as well as signal flags to supercontainers.

In response to numerous requests from our players, we made a number of changes to special upgrades. Previously, they would be positioned in slots with standard, yet more popular, upgrades. Now, nearly all upgrades have changed their slots to provide more flexibility in mixing standard and special upgrades to match your style of play. Apart from that, the Smoke Generator Modification 1 upgrade will now have a smaller reduction in smoke lifetime. The list of ships that this upgrade is available on didn’t change. When Update 0.6.8 goes live, all special upgrades that changed their slots will be demounted and moved to the Inventory.

The following was changed:

The Torpedo Reload Booster consumable is a unique and efficient instrument. For ship balance purposes, we changed the reloading time for the torpedo tubes mounted on certain Japanese destroyers carrying this consumable.

To encourage a more aggressive gameplay style and to improve the competitiveness of this consumable against the Smoke Generator, the reloading time of torpedo tubes when this consumable is activated was reduced from 30 to 8 seconds for Kagero and Y?gumo.

For a destroyer like Shiratsuyu, such a mixture of smoke, good concealment, and the ability to launch 16 torpedoes in a short stretch of time made the ship excessively strong at Tier VII. We, therefore, placed the Torpedo Reload Booster in the same slot with the Smoke Generator.

Shimakaze’s rate of fire was modified to equal that of Y?gumo:

Khabarovsk: unconditionally the strongest Tier X destroyer without any weaknesses in terms of fire power. In order to reduce the versatility of its roles in a battle, the ship will now carry only one type of torpedo armament ET-46. At the same time, we reduced their concealment almost twice.

In order to increase the effectiveness of destroyers’ artillery fire against aircraft carriers, the thickness of plating in the bow and stern parts of Tier VIII-X aircraft carriers, except Enterprise, was reduced from 21 to 19mm.

To make the gameplay more enjoyable and rewarding, we improved the performance characteristics of the following ships:

For German 88 and 105-mm secondary guns, incorrect data was used. In particular, before Update 0.6.8 they had a higher chance of setting a target on fire as compared to the 128-mm secondary guns. Therefore, we re-adjusted the amount of explosive agent in shells. To compensate for that reduction in efficiency after fixing the bug, we increased the firing range for the secondary battery on ships of Tier VII and above that heavily rely on the use of those guns.

The cruiser Fiji, on the contrary, had an excessively long range of fire for its tier.

After analysing the patterns of players’ movement and combat tactics, we came to a conclusion that on certain maps the space around the edges of those maps is not used effectively, and sometimes even produces a contrary effect by reducing dynamics and extending battles in time. It was decided to reduce the size of such maps by cutting off equal strips of space along their edges. The first map to undergo the change was The Atlantic. We’ll now see how it affects gameplay and based on that we’ll decide whether to reduce other maps or not.

We improved the appearance of Tier IX ships using a special technology for better-quality rendering of thin elements (mostly the ships’ rigging). This correction will not affect performance:

According to players’ feedback and analysis of the first operations, we made a number of changes that removed some logical inaccuracies, increased the survivability of allied ships controlled by artificial intelligence, and made the gameplay in Operations more comfortable.

To make onsight orientation and completion of secondary tasks a bit easier, the following changes were made:

We also fixed a number of logical inaccuracies:

To enhance the survivability of allied ships:

Sometimes, when allied reinforcement appeared, battles would often turn into a dogfight involving AI-controlled ships with little need for the players to get involved. We, therefore, shifted the time for the appearance of reinforcements and, to compensate for that, we slightly lowered the complexity of the operation.

We also fixed a number of logical inaccuracies:

A permanent camouflage for USS Texas – Stars and Stripes – is now available for purchase in the game client, and offers the following bonuses:

The following commemorative flags were added: