If you put together a massive field, a big tractor and a farmer who plays World of Tanks, what do you get? A giant World of Tanks logo measuring 216×158 meters (709×518 feet).

The logo appeared on a field in Krasnodar Krai, in the south of Russia. Its creator is Yuri Belykh, a machine operator and an avid World of Tanks player going by the nickname ___Shift___. Yuri ploughed the field on his reliable Rostselmash Model 2375 tractor.

“I’ve been playing World of Tanks for six years,” said Yuri Belykh. “The game marks its seventh birthday on August 12, and I thought: why not make a present to the developers and for all of us online tankers? Then it came to me: I’ve got a field and a really powerful tractor—well, I can draw a really big greeting card!”

Yuri prefers medium and heavy tanks to other classes. He mostly plays Soviet vehicles; lately his favorite tank has been the T-54. “My win rate is just above 45%, but I’m cool with that. I’m in the game for fun, and I get a lot of it.”

“I often used to form a Platoon with both of my sons. Now I roll with Konstantin, the junior, because the older, Dmitri, is at Suvorov Military academy. I guess the game motivated him to enroll and helped him pass the entrance exams. He has always been into motor vehicles, and thanks to the game he got interested in military history. Funny that it was him who taught me how to play Tanks.”

“World of Tanks is a special game,” mused Yuri. “It inspires you to do something… big. Like measuring, marking and ploughing a large field. I hope everyone will like my birthday present.” 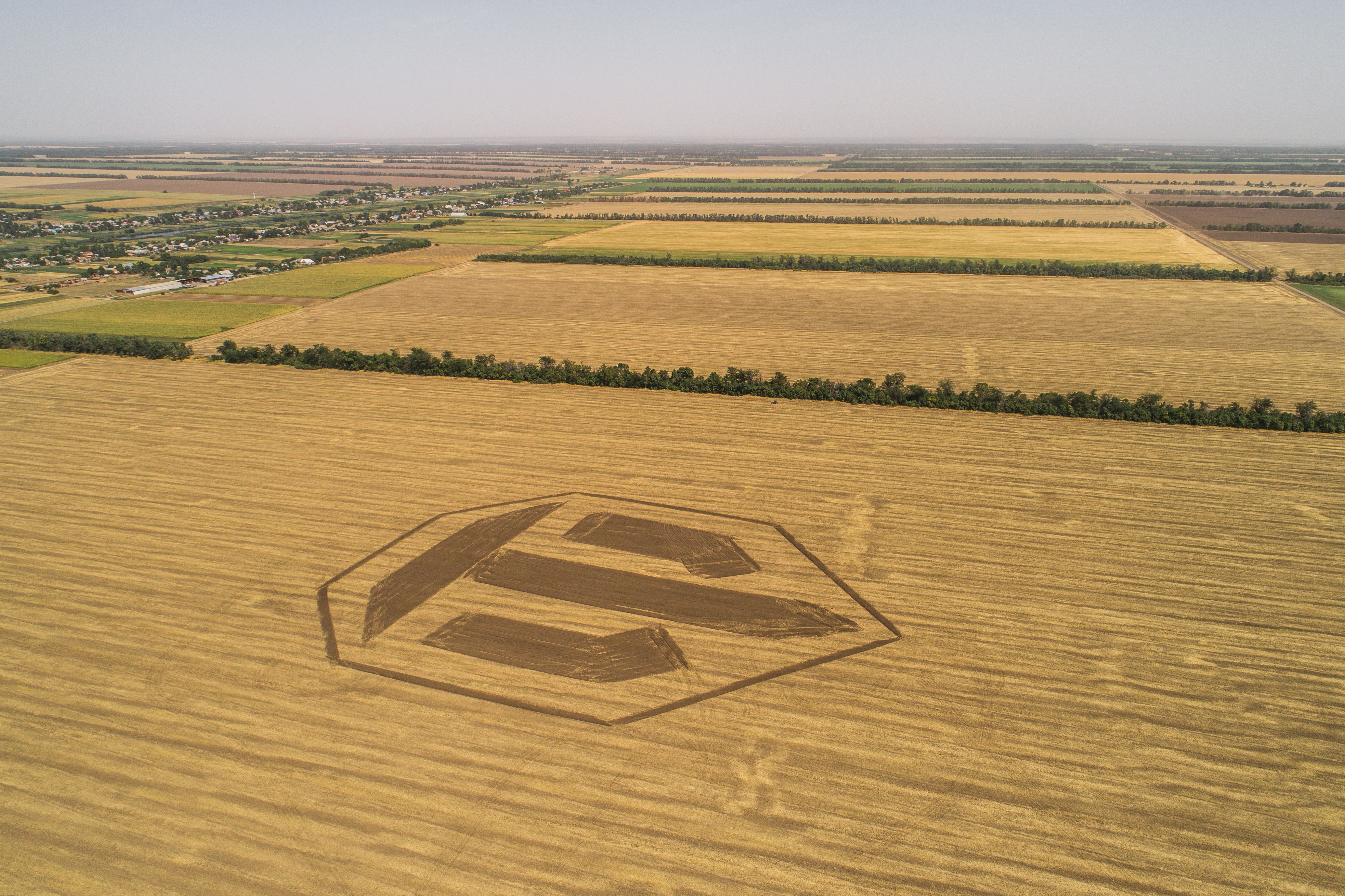 What do you guys think? All I could remember when I heard about this, was a South Park moment, where Jesus goes help the Russian Farmers…