When Wargaming announced they would be introducing the VK 72.01 as a “normal“ Tier X tank, a lot of players went crazy about it, including me. The VK 72.01 (K) is a Clan Wars Reward Tank and it should have remained that way, but Wargaming got creative and changed it’s name to Pz.Kwf. VII and changed the gun to a 128mm… Voilá a brand new tank.

Only one question remained, what else could they give players who got the VK 72.01 (K) to make them happy? We will give them a special veteran camouflage.

I present to you, Wargaming definition of Veteran Camouflage. 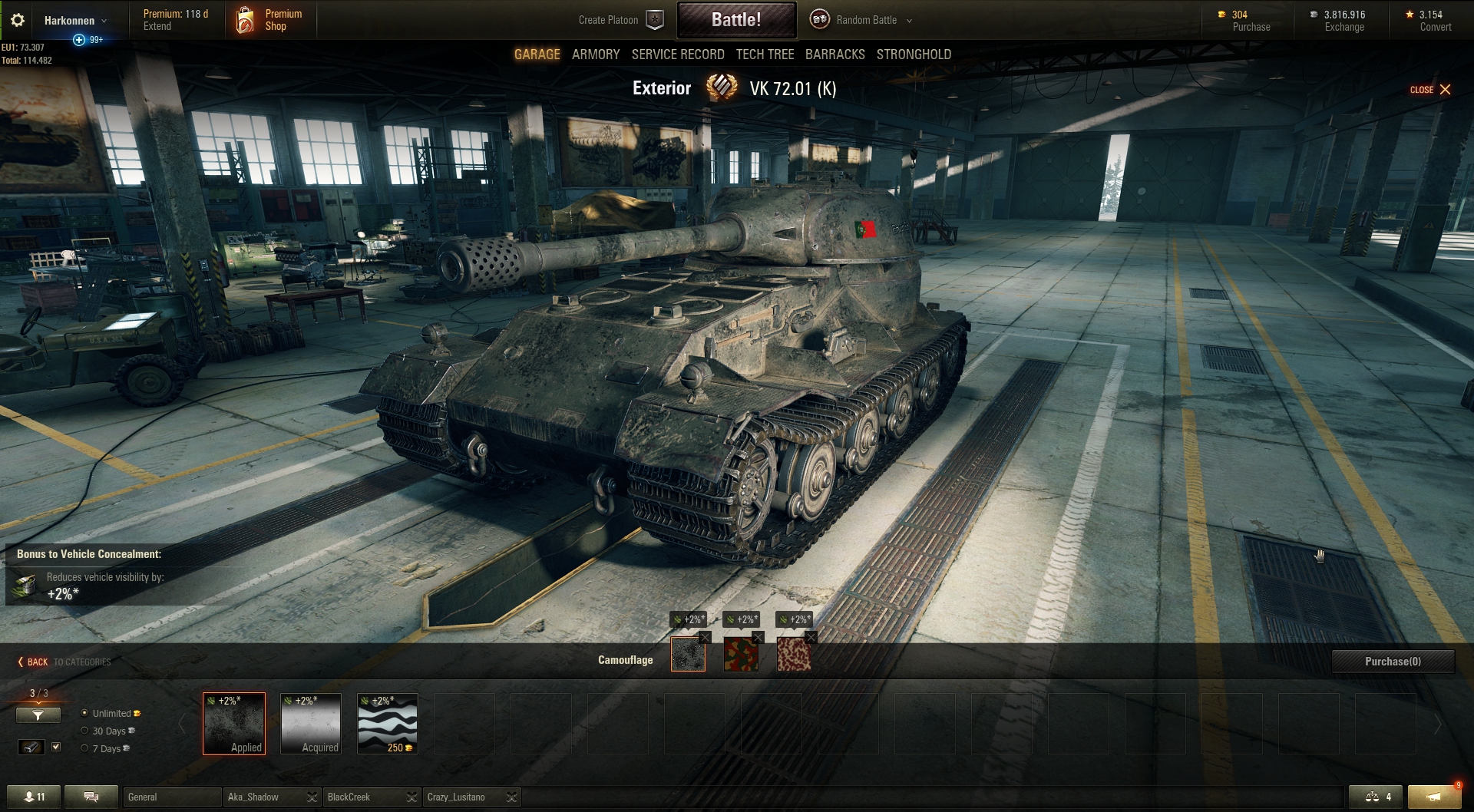 Yes, it’s a washed up grey camouflage that is supposed to make players, like me, very proud of owning a VK 72.01 (K). It doesn’t offer any bonus or anything else different from a normal camouflage… I’ll just leave here a few more pictures of it, because I don’t know else I can say about this… Aside that I’m very disappointed for it.