The first Common Test of Update 1.12.1, and let’s be honest, how low in content do you have to be or how much you want to stretch it to look like there is so much coming up? Update 1.12.1 CT1 brings nothing more than one feature alone: Switching the Hull Lock.

I was hoping that we would get some new map, but at least for now, no new maps. We will have to wait for CT2 to see exactly if we are going to get anything more than a single feature.

The new feature will make life of non-turreted tank destroyers much easier. At the moment, while in Sniper View, players have to rotate the tank manually if they reach the limit of their aiming angle, with the new feature you are able to continue to aim and the tank will rotate automatically if you want.

The hull will remain locked by default for tank destroyers and other vehicles with horizontal fixed-angle guns. You will see the red light in Sniper mode, notifying you that the hull lock setting is activated. But now, you can disable it manually in the game settings and set it as default by ticking the box in the corresponding menu. 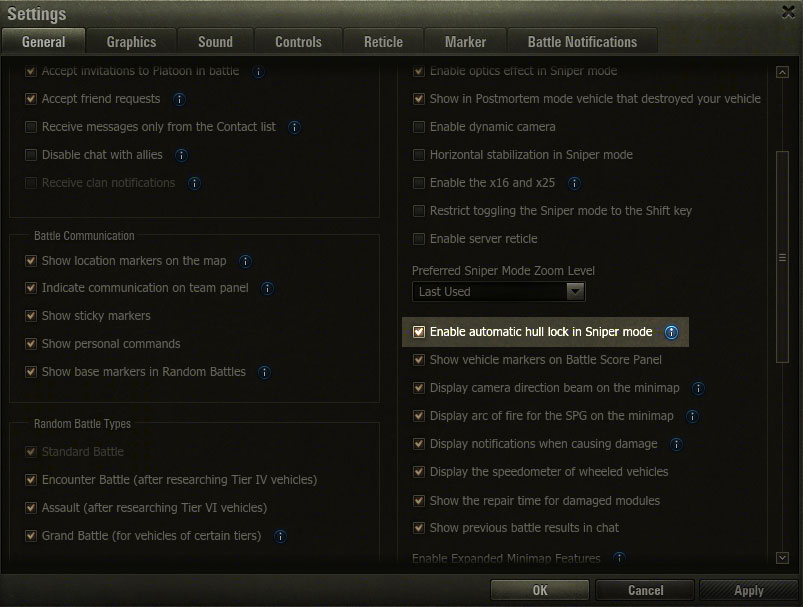 With hull lock disabled, the gameplay of these vehicles will be similar to that of Swedish TDs and high-tier medium tanks featuring Siege mode. Your camera in Sniper mode will rotate freely so you can quickly change your firing position. If this option remains enabled, these vehicles will fight the same way as before.

Additionally, you now always have the X key (can be reassigned in the game settings) at hand, which can be used in Sniper mode for more comfortable gameplay. Press it at any time to unlock the hull, rotate your turret, and take a better position. New sound notifications will also be added for manually activating/deactivating the hull lock option.

Players can set the default state of hull lock-in Sniper mode in the game settings for tank destroyers and other vehicles with limited turret/gun traverse angles.

New sounds for manual activation/deactivation of hull lock have been added.

A training progress bar has been added to the congratulation and battle results windows, as well as the Bootcamp exit window.

Changes to Technical Characteristics of Vehicles