On 11 September, the journal about all Stronghold-related news will become available in the client. Starting from 11 September, discounts on building and upgrading structures will be available. Let’s take a closer look at it!

On 11 September, the Journal (that comprises three tabs) will be added to the Stronghold tab in the game client, next to the Clan Members and the War Games section.

Clan players and officers frequently asked about a functionality that would allow tracking events in the Stronghold, especially battle statistics and the use of the earned resources. Soon, such functionality will be available!

The journal will allow tracking the use of the Industrial Resource and Reserves, as well as performance in Skirmishes and Advances. Thus, clan members and officers will be able to keep track of the Stronghold-related events right in the game client.

The tab displays who (as well as when, and the amount) used the Industrial Resource for preparing the Reserves or building/upgrading the Stronghold structures. 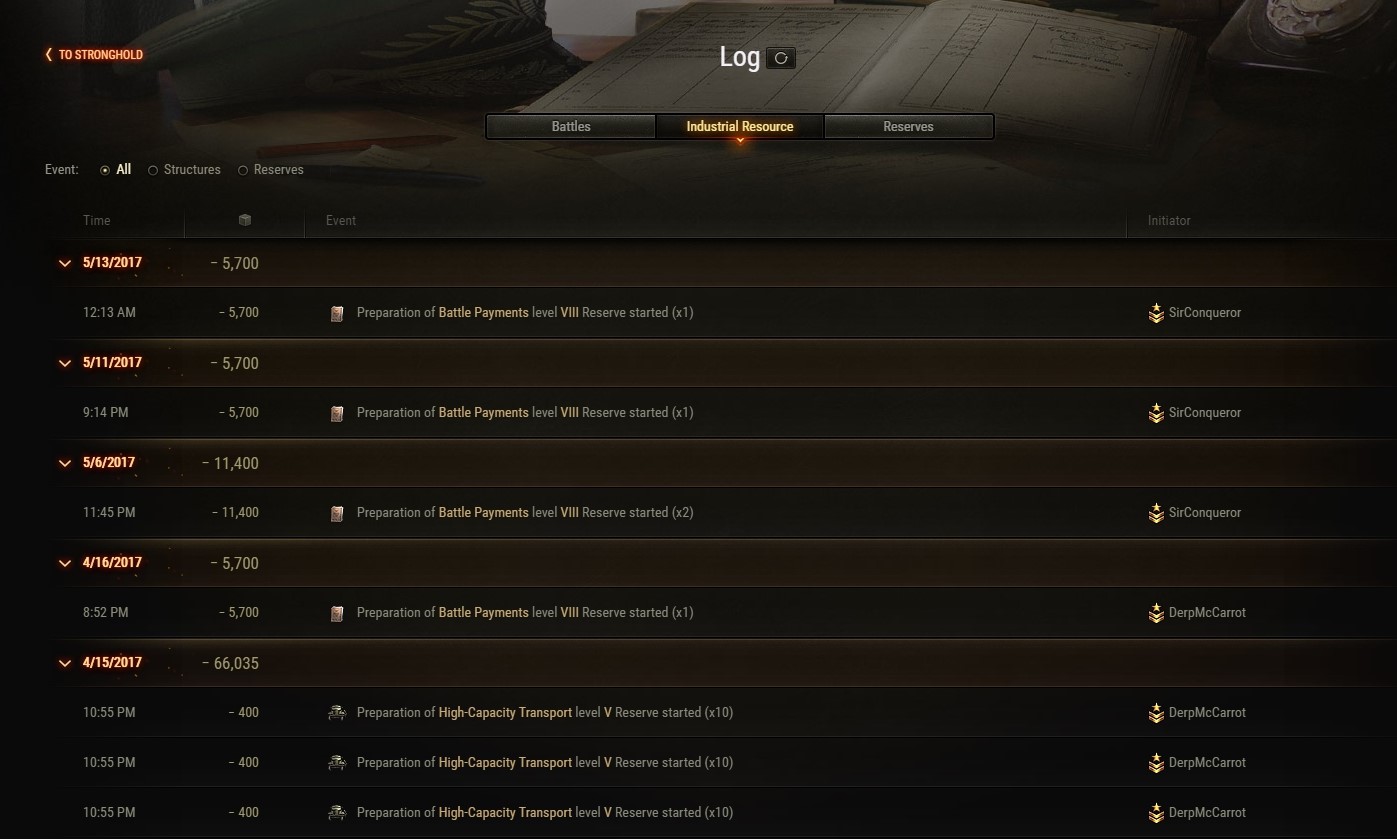 In this Journal section, players can track the use of Reserves. This functionality will make use of the clan resources transparent for clan members, and if a clan officer uses the Reserves only for themselves, it will not remain unnoticed. 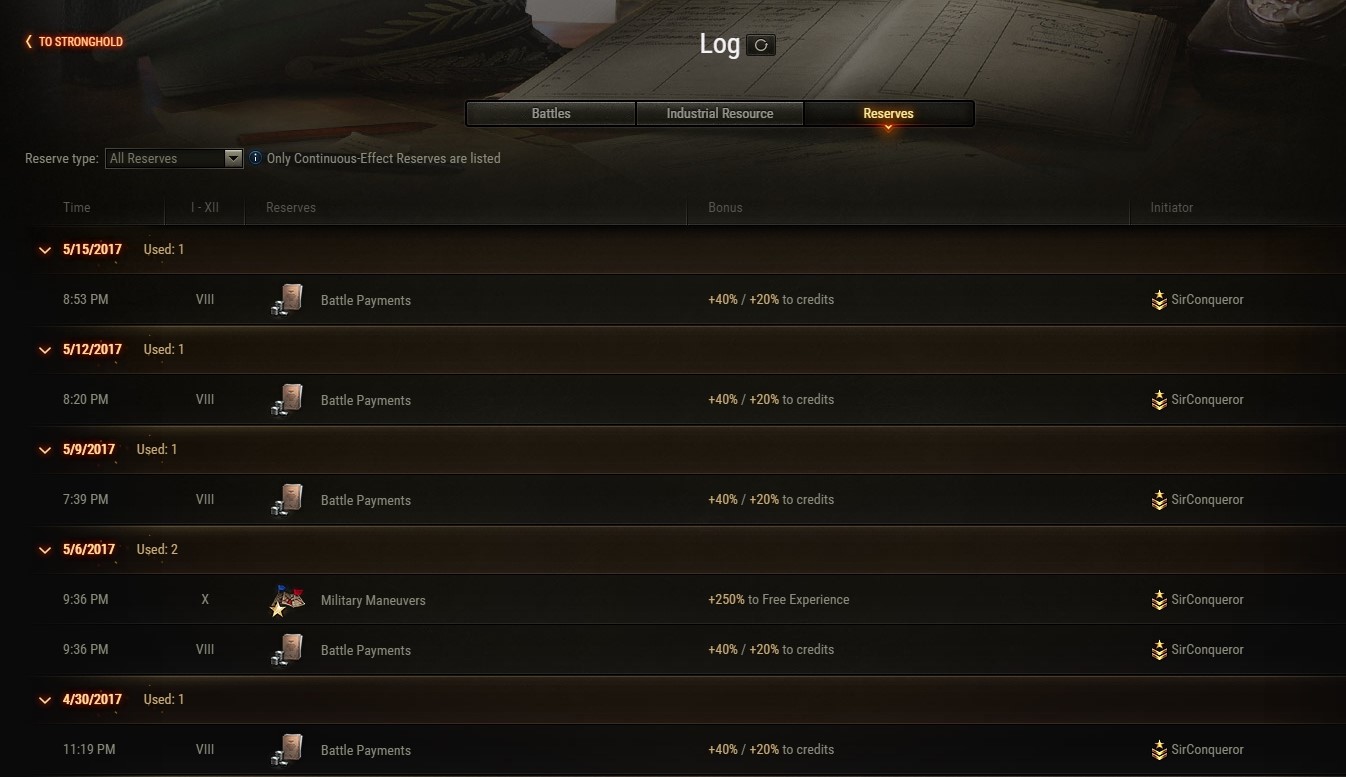 This section of the Journal will provide detailed information about all battles fought in the Stronghold mode, displaying the commander of the detachment, amount of the earned Industrial Resource, as well as the used Reserves. Now, clan’s performance in battles can be easily tracked, strong and weak opponents can be identified, and the work of commanders can be evaluated.

All these innovations are the first version of the Journal and it will be improved according to your feedback! Share your suggestions on the forum thread for this news. 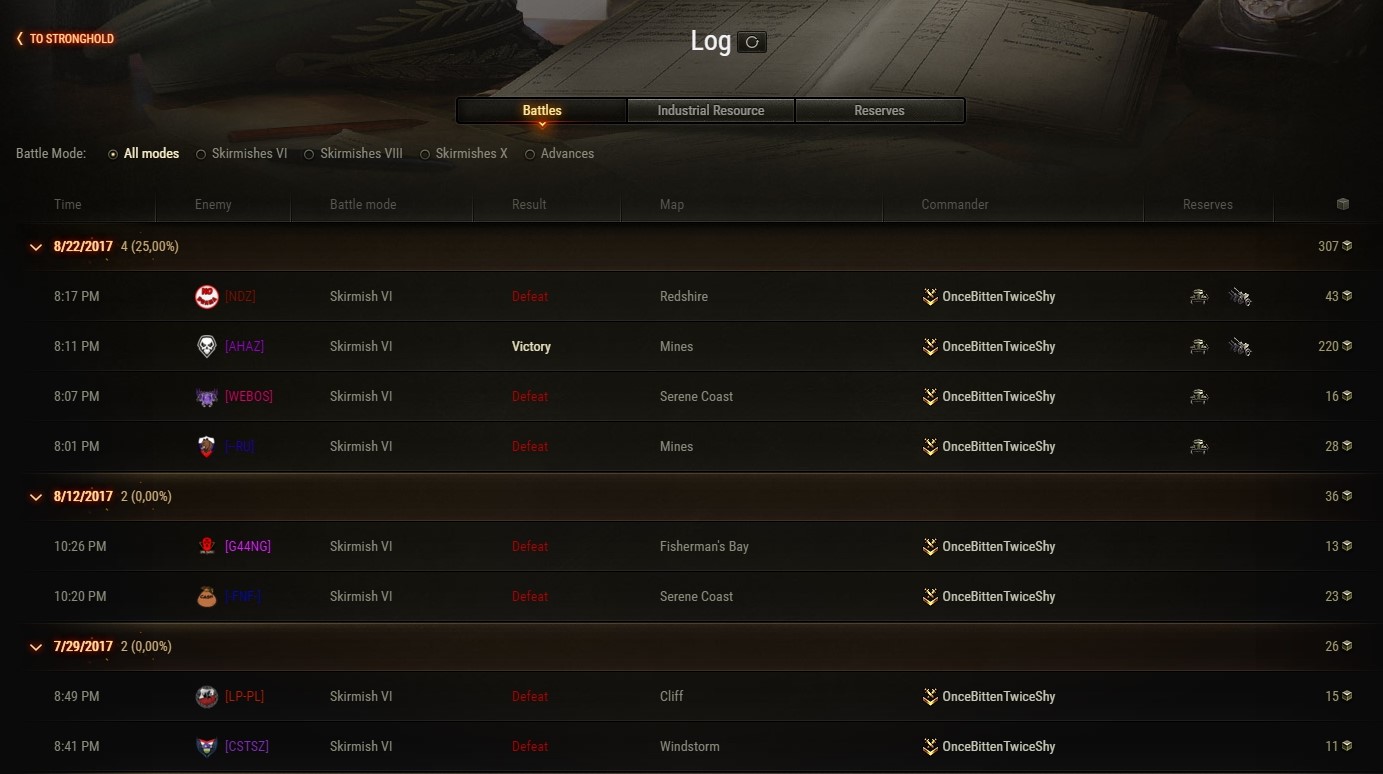 We have already announced the Special and this is a reminder that from September 11 through September 17, Stronghold structures can be built and upgraded with considerable discounts.

The reduced cost of building will allow young clans to upgrade their Strongholds to the levels with the Reserves that provide considerable bonuses.