Assemble your teams—the King of the Sea tournament is back!

Are you interested in battling in the biggest tournament in the World of Warships competitive scene? Press your claim to the coveted crown and take a shot at the $30,000 international prize pool, along with a full hold of Doubloons and Steel. Your journey begins right here—sign up below!

What is the King of the Sea tournament?

The main prizes for winners are the King of the Sea title and the prestigious flag that accompanies it. The King of the Sea flag can be owned only by a single team in each region. This means that the new champions will have to defend their title in the next tournament in order to keep the flag.

Restrictions: each team can field a maximum of two battleships; aircraft carriers aren’t permitted; before each series of matches between two teams, each team can vote to ban one ship from being playable for both teams throughout all the matches of the series

The top-three teams from each server will fight for the honor of their region and a $30,000 prize pool in the International Final.

Participation in the King of the Sea tournament is open to anyone, as long as they can put together a team of 9–15 players. We recommend assembling a team of 12 players. To sign your team up for the tournament:

The number of places is limited! Participants are registered on a first come, first served basis.

Discord is the primary communication platform used during the tournament. You can access the King of the Sea channel via the link below. Joining this server is mandatory for tournament participants.

• The official language of the tournament is English. Please make sure at least one of the players on your team can understand and speak English.
• It’s is mandatory that two players from each team be available on the Discord server throughout the tournament.

The coveted crowning trophy of the tournament is the King of the Sea flag, which grants the following bonuses:

Additionally, all participants will get in-game rewards based on their standing: Regional winners will also receive the King of the Sea XII official T-shirt. If you don’t make the cut but would still enjoy the look, you can also buy the T-shirt at our Teespring site here.

• Please note: Prize fund may increase in case of higher participation numbers
• A player must have participated in at least one match during the tournament in order to be eligible for one of the rewards.

The winning teams from each region will face off to win a portion of the $30,000 prize pool! 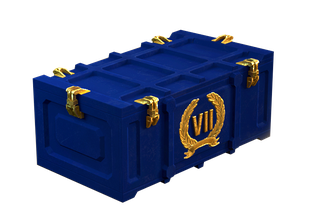 As for me, I will quietly (hopefully) help to manage the tournament as part of the adjudicator team for the EU server.

Best part is that now, I can have minions to do the dirty work for me!

In any case, thank you for reading this article.

I hope to see some of you among the participating teams and don’t lose time if you want to sign up!