I know that technically, now the ship isn’t in supertest anymore but since I didn’t have the time before the update arrives, here is the stats review of Goliath!

The Goliath is based on one of the heaviest designs of “Treaty cruiser killer” ordered by Sir Winston Churchill. This design was carrying 12 234 mm guns and had a planned standard displacement of 22 000 tons.
This design had, however, little support from the Admiralty and was quickly abandoned.

In World of Warships, the ship is in post-war configuration and even possesses an helipad. I actually wished the ship had a helicopter acting as a spotter to increase her range. Hopefully, we will get helicopters in the game someday. The Goliath has amazing armor protection and coupled with the Improved Repair Party, the ship will be able to tank for days. 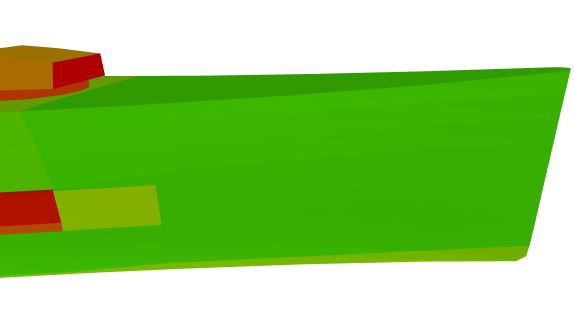 The bow has the classic 25 mm external plating except for a short extended belt of 51 mm. The first casemate is 21 mm thick. 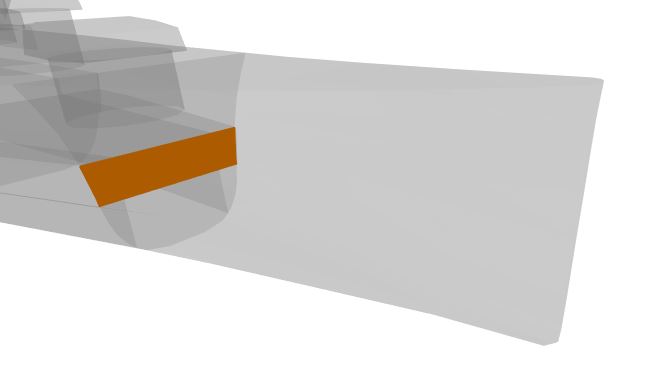 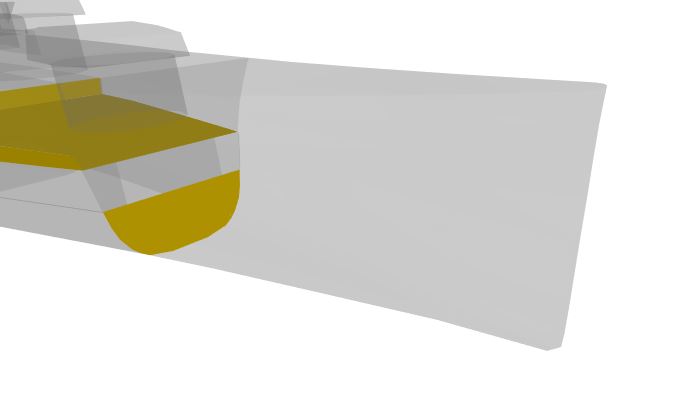 For the citadel’s athwartship and the casemates around it, the upper part is 152 mm thick and the lower part is 102 mm thick. Against cruisers that would somehow be able to penetrate your bow, this should be able to protect you from possible citadel hits.

The middle section of the Goliath is incredibly well protected for a standard cruiser (AKA, not Stalingrad, Alaska, etc.).

The main belt is 203 mm thick at first but below the waterline, it tapers to 165 mm. For the upper belt, it’s the classic 30 mm armor. The deck is 40 mm thick so it will allow you to bounce even Yamato-class AP shells and will shatter 203 mm HE shells or 152 mm HE shells with IFHE.

When it comes to the protection of the citadel, just like on the Drake, it is in a spaced armor configuration. Around the engines, it is only 25 mm thick. This means that it will only provide an additional auto-bounce check against cruisers AP and at this tier, the Odin since it’s the only battleship at tier VIII and above with a caliber lower than 380 mm.
Under the turrets, it is 38 mm thick so this will help against all AP shells of the game.

As you can see, the citadel itself is quite narrow so if you remember how frustrating it is to score citadels on Henri IV, well Goliath will be pretty much the same if not worse since she has better protection from the start.

For the horizontal protection, above the engines, the armor deck is 89 mm thick and under the turrets, it’s 102 mm thick. While this isn’t enough to protect against AP bombs, the narrow citadel will at least limit the risk of citadels.

The stern is protected by the standard 25 mm armor except for the extended belt of  51 mm. For the protection of the middle section, the casemate is 21 mm thick. It is followed by the citadel’s athwartship with the upper part being 152 mm thick and the lower part 102 mm thick. As you can see, this time, the steering gears protection is inside the ship unlike the Albemarle and the Drake. It is 102 mm thick.

It is 16 mm thick except for the secondaries with 18 mm armor and the conning tower with 178 mm of armor. The turrets are both well armored and terribly designed. The face is 229 mm thick but has no slope whatsoever so AP shells will have no issue to penetrate it. The sides are 127 mm thick, the back is 178 mm thick and finally, the roof is 120 mm thick.

When it comes to the barbette, it is 177 mm thick.

The Goliath definitely looks like a very strong tier X. The firepower is good even with the long reload, the armor coupled with the improved repair party will allow you to tank for days and the concealment is also good. The only downside of her firepower is that the AP shells are quite light for their caliber and the Krupp isn’t amazing either. This means that overall, the AP penetration is barely equal to the one of the Des Moines.