Make your account stand out after Update 0.7.0 using special Patches and Emblems. 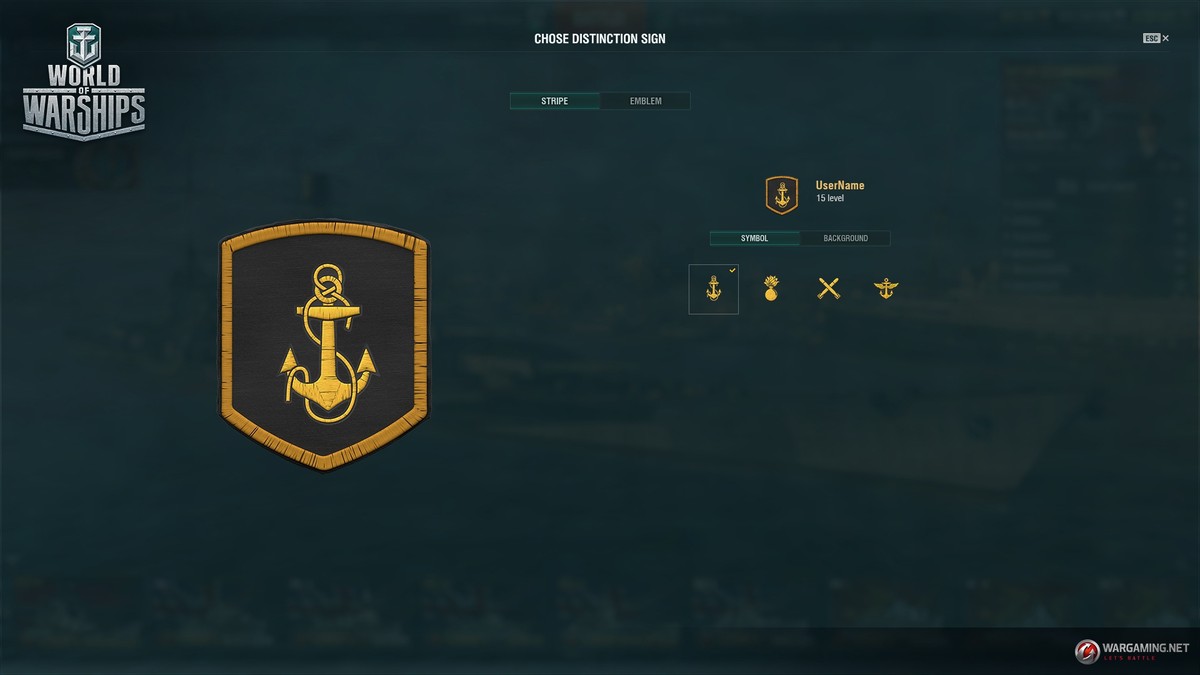 Profile Emblems demonstrate your skill and ensure you stand out from the sea of other captains. Earn yours by reaching and maintaining a specific level of average damage during your last 100 battles with ships of a certain class in Random Battles

; or through significant contributions to a specific number of victories gained while playing with ships from different nations in Random Battles

– You can only select one patch OR emblem at a time.
– Earn Emblems by playing ships Tier VIII+
– Emblems are currently divided into four levels of complexity, with each level more spectacular and detailed than the one before it
– All available Emblems are in your Profile, selectable only after completing the corresponding mission criteria to earn them

Earn Patches after completing personal combat missions — they consist of two elements, a symbol and a background. The current update brings four standard symbols and five backgrounds, with one symbol and one background selected by default.

You’ll see the players’ Distinctive Insignias displayed in a pop-up hint on the battle loading screen, in the player list, battle results screen, chat and on the website.

When you destroy an enemy warship, the enemy will see your distinctive insignia, and if an enemy sinks you, you’ll see theirs. Once your warship is destroyed, you can switch the camera to ships of other players and view their insignias.

Access the Distinctive Insignias section through the corresponding option in the Profile tab of your Service Record section, or in the drop-down window displayed when clicking your nickname. More information on how to get different Insignia can be found here.

With the release of the Update, you’ll be able to view your ships in the Port from new perspectives. You can examine in detail the main and secondary guns, AA batteries, torpedo tubes, and deck aircraft without needing to click on them. Take beautiful panoramic shots of your ships fully zoomed out; or check out the elegant outlines using the top-down view. 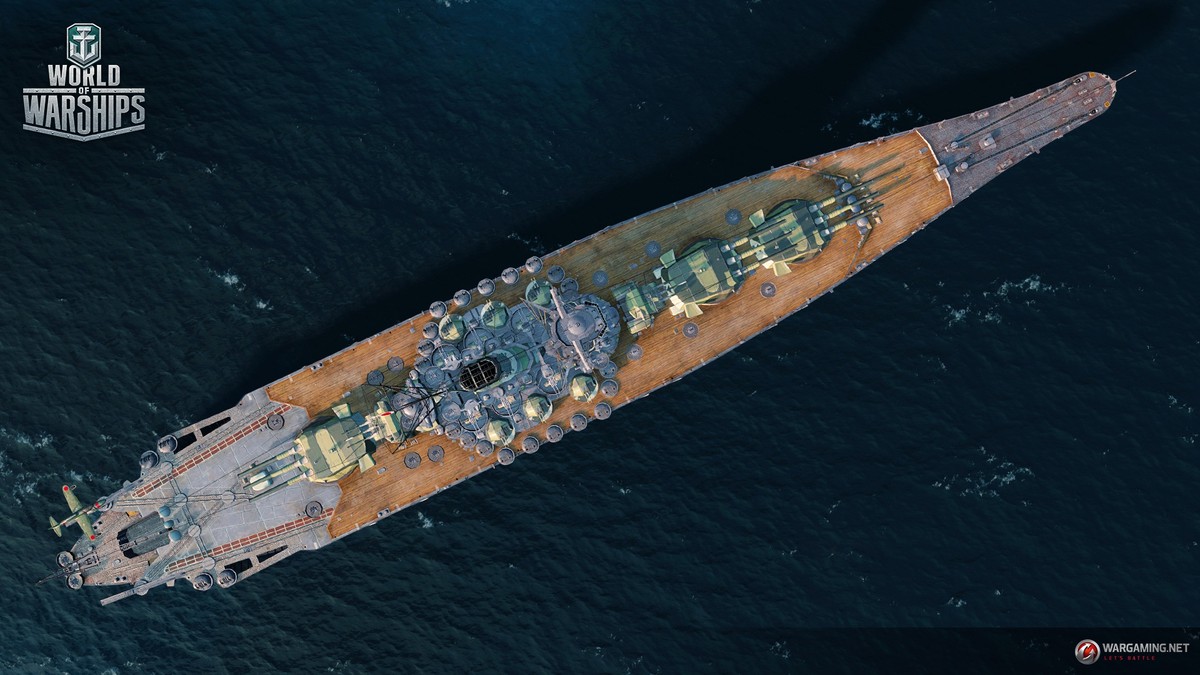 When you reach Service Record Level 15, you can create a Training Room Battle to test ship loadouts and tactics for Random or Clan Battles or re-enact historic battles to your heart’s content. You define the number of participants, ship types and nationalities, maps and even weather conditions. Don’t worry about economy or service costs – you don’t expend ammo or consumables, or pay for the post-battle service of your ship in these training battles.

You won’t earn Credits in Training Rooms though. 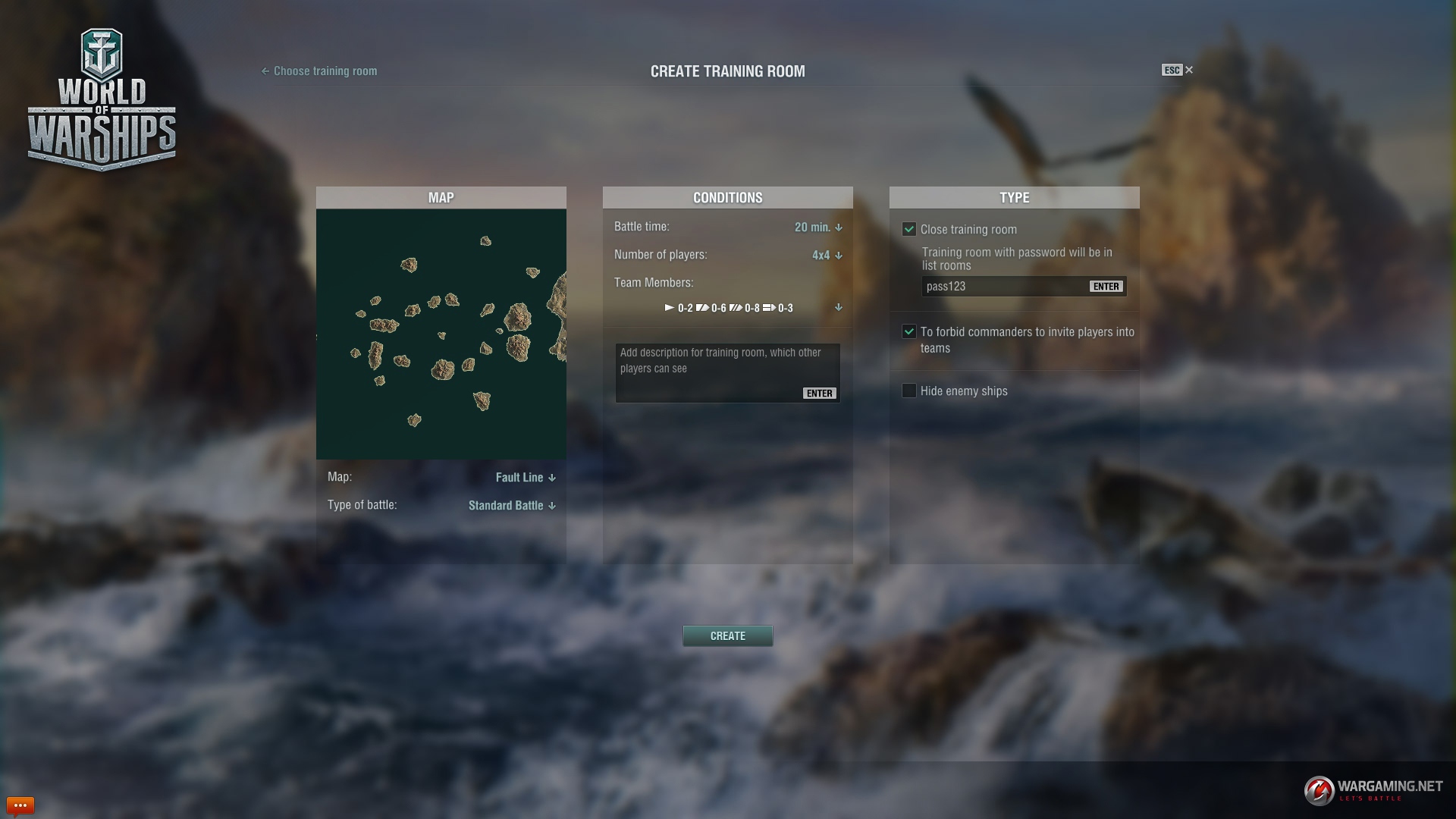 The Training Room creator can:

The room creator can invite players to join the room and distribute them between two teams: Alpha and Bravo, while assigning commanders for both teams. These commanders can then invite players into their own teams. There is also an option to hide the ships of both teams, activated with the “Hide enemy ships” menu option.

Also, test the main guns of your newly purchased ship and find out just where to hit the citadels of enemy ships by adding bots to the battle as static targets.

Check out new camo patterns on IJN Musashi, IJN Yamato and HSF Harekaze and a new collection. Assign four new Commanders to your ships and complete a 35-item collection with brief descriptions of the characters featuring in the “High School Fleet” anime series.

The High School Fleet Collection will be available from Update 0.7.0 to Update 0.7.2. 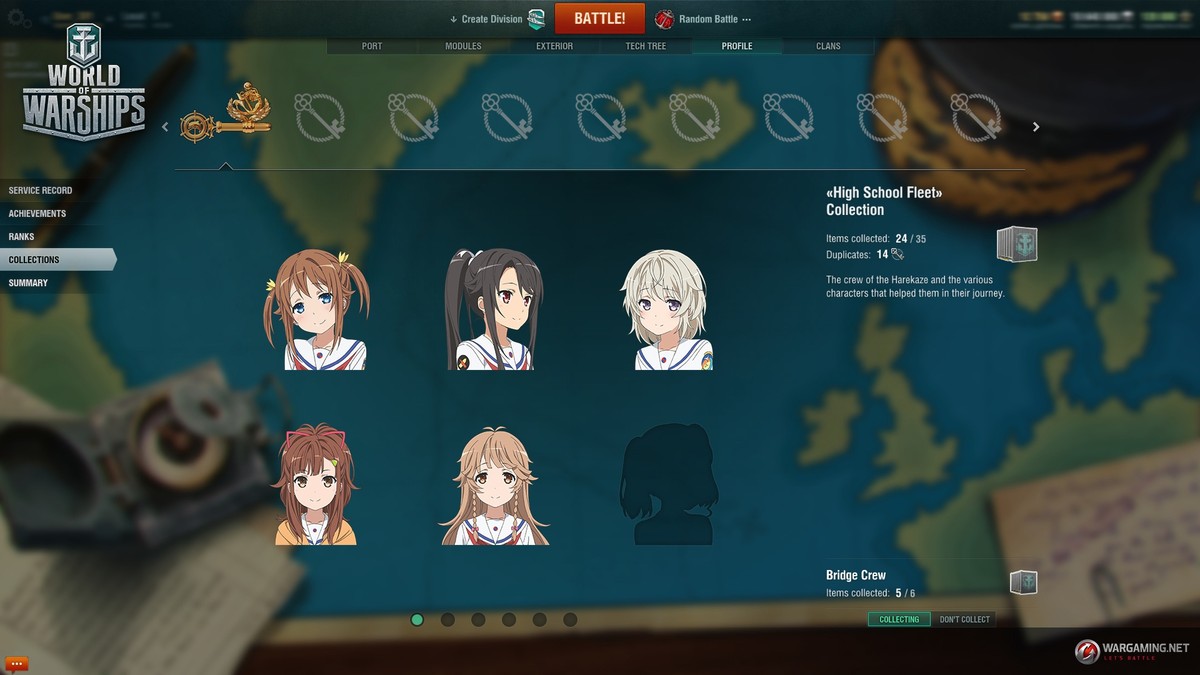 In Update 0.7.0, we have further improved the work of the matchmaker in Co-Op Battles for all tiers featuring bot-operated carriers and battleships in battles even if players helm none. The type of AI-commanded ship depends on which type of ship is the most numerous in a particular battle.

All standard rules of matchmaking apply:

With Update 0.7.1, only the following ships will be available for purchase in-game with Doubloons, and from the Premium Shop:

The ships remaining on regular sale are the most popular and “comfortable” to play, while other ships are to be periodically available for purchase.

Tier IX battleship Musashi was added to the Japanese Tech Tree. This ship can be purchased with Free XP only (750,000 Free XP). 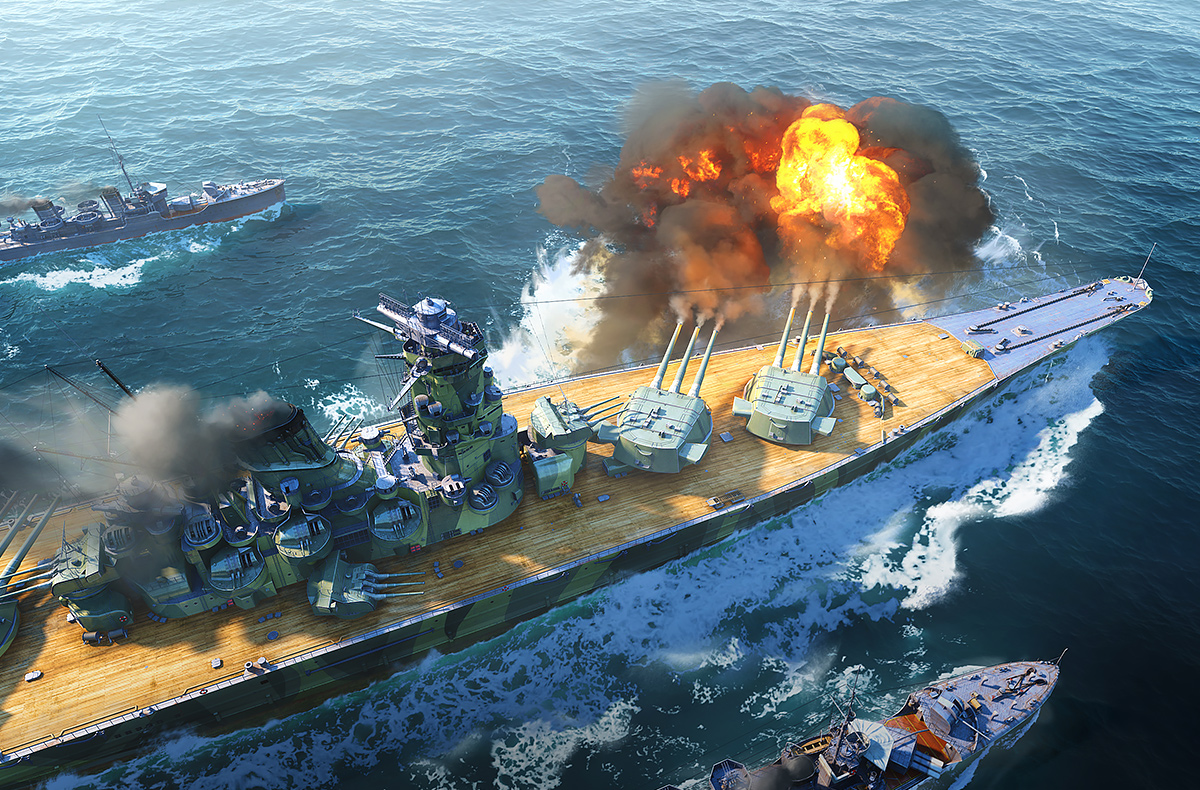 Now’s your chance to pick up the US Tier IX USS Missouri for in-game Free XP — it’s departing on the release of Update 0.7.2 as we roll out Musashi, the new Tier IX battleship that can also be acquired with Free XP. We decided that two ships occupying the same niche at the same time is one too many. Get grinding, you can still get Missouri for another month.