Update 0.6.9 introduces unique commanders who have unique bonuses and talents, and help the player’s ship stand out in battle.

The first historical unique commander who will become permanently available in World of Warships is Yamamoto Isoroku. 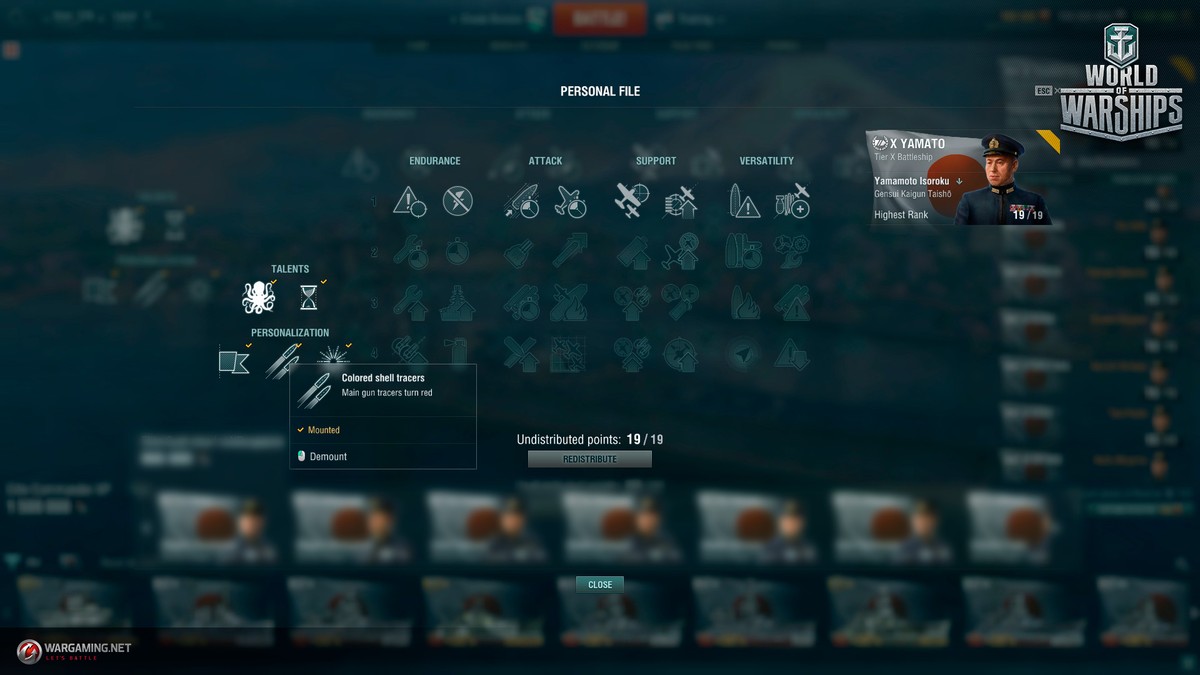 Commander Yamamoto Isoroku will be issued with 15 skill points will be granted to those players who manage to finish the permanently available “Yamamoto Isoroku” Campaign. This commander will have two unique talents.

Besides the unique talents, players will be able to receive three Personalizations for the unique Commander:

A new permanent historical campaign which tells the story of Yamamoto Isoroku will now be available. This campaign consists of five missions which are accessible to players who have achieved Service Record Level 9. The said mission is intended for ships Tier VIII and above, and the campaign will be permanently added to the game after the introduction of Update 0.6.9. Each consecutive mission will become available every 2 weeks. 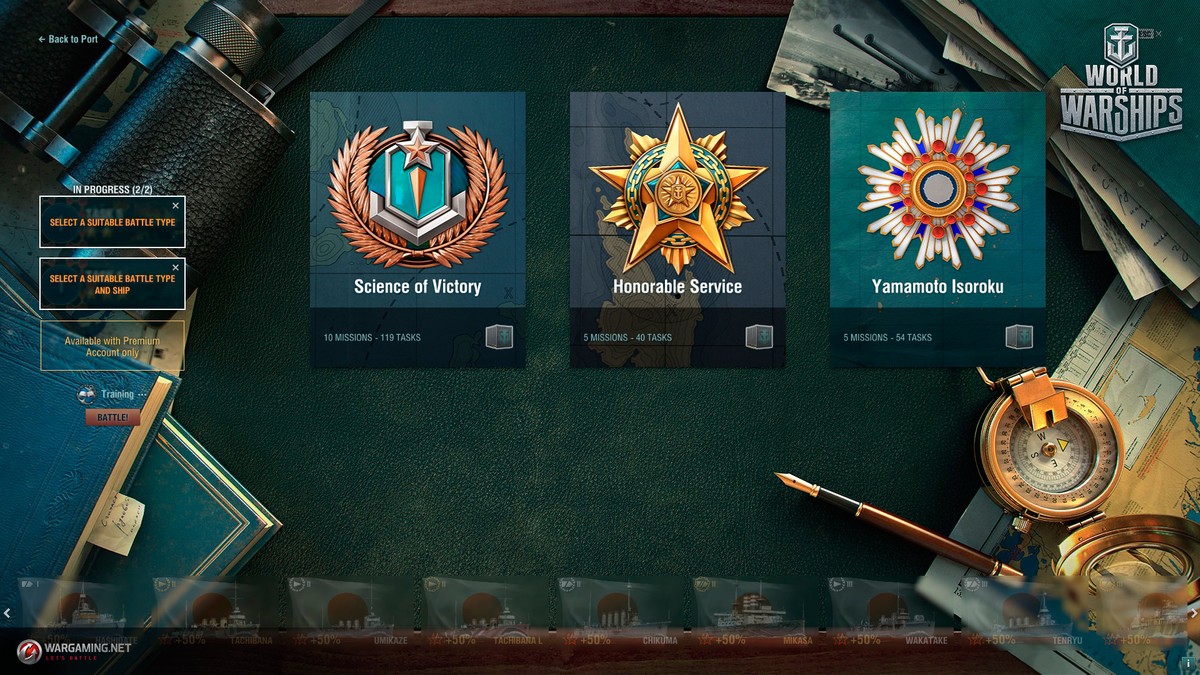 This campaign will be a challenge for the players who opt to take part in it, but the reward will be worth the effort. As a reward for completing the final task of each mission, two Supercontainers will be given to the player’s account. For completing the final task of the last mission, Commander Yamamoto Isoroku will appear in Port with 15 skill points and specialisation for Tier I Hashidate (a place for this Commander in the Reserve will be added only if no vacant places are available in the Reserve), a container with items from the Yamamoto Isoroku Collection and some bonuses, as well as 200,000 Credits and 50,000 Elite Commander EXP for retraining the unique commander.

Two achievements are issued to those players who manage to finish the campaign. The whole collection is divided into five sub-collections, each of them containing 8 items. Upon completing a sub-collection, new abilities to modify the ship’s exterior will become available:

Collection-specific bonuses are active even when the player doesn’t have commander Yamamoto Isoroku in the port.

In a standard mode this timer displays the duration of a smoke screen which the player’s ship is currently hiding in. If the ship is simultaneously in several smoke screen areas, the timer will display the time left till the complete dissipation of the most persistent smoke circle. This way, the timer provides vitally important information and helps the player when their ship is close to other players’ smoke screen areas.

Higher priority will be given to the timer for the smoke screen which the player’s ship is currently using. By pressing the [Alt] key, players may switch the timer to work based on the previous logic; to display timer only for those smoke screens the player have set themselves.

Tier I and II ships’ models have been improved especially for rendering thin elements (mostly the ship’s rigging). This correction will not affect the performance: 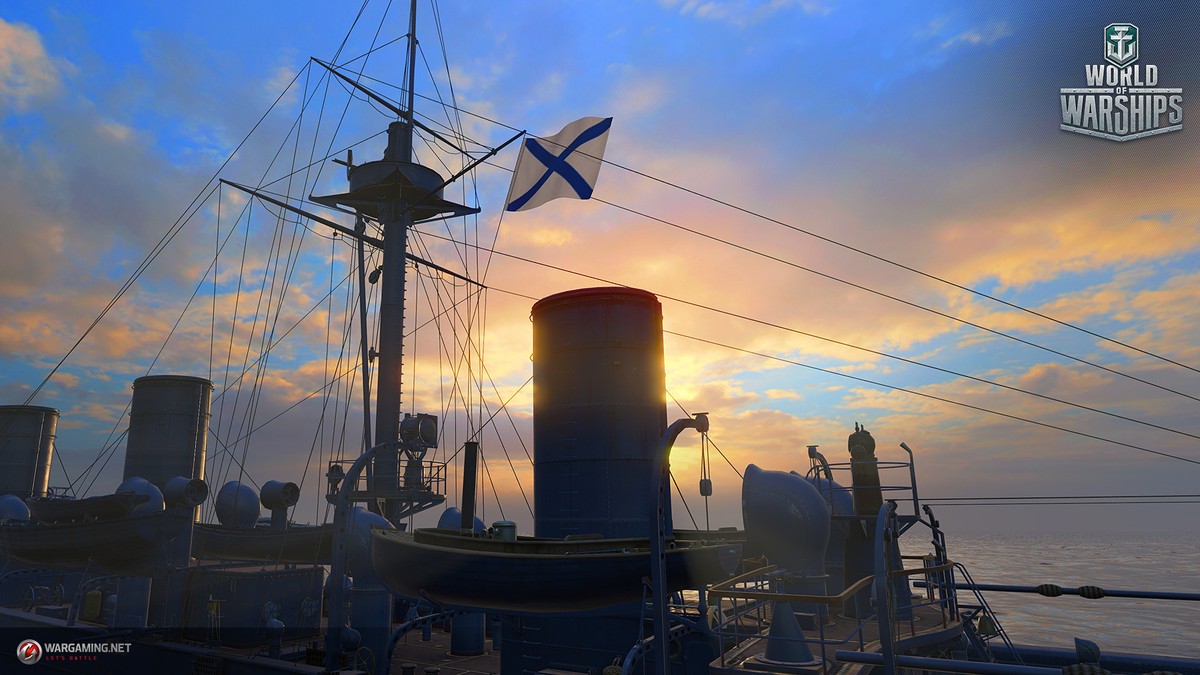 Corrected errors and improved the geometry for the following ships: