British battleships are masters of midrange marksmanship, helped by an improved Repair Party consumable that stands out from the Repair Parties used by other nations’ battleships. This consumable restores even more HP after receiving damage from shell hits, meaning you can recover and get back to action faster than a foe may expect. They also pack HE shells with increased damage and armor penetration, allowing you to inflict serious damage with confidence at distances where an AP shell may otherwise be mitigated or see penetration drop-off.

When you reach tier VII, British battleships are best used for unexpected attacks on unprepared enemies, an exchange of HP at medium ranges, and firing HE shells at long-range while restoring a HP. The HE shell armor pen value doesn’t change with the distance they are fired from, and only depends on shell caliber. Their long-range AP fire isn’t as effective as other battleships’ due to low muzzle velocity (except at tier VIII), so you’ll want to keep your ballistic trajectories and armor-penetrating values in mind.

Tier VIII and up have more conventional bow armor protection of 32 mm (25 mm for tier VII) with the most viable tactic being an HP exchange during aggressive encounters with few enemy ships at a time. Avoid concentrated fire or exposing your sides, as British battleships can’t benefit from the improved Repair Party advantages while restoring HP damage caused by citadel hits. Good maneuverability comes to help during such encounters. The U.K. battleships’ rudder shift time is as good as that of German BB’s, while their hull is mostly smaller than hulls of other battleships. Due to small displacement, British BB’s have less HP than same-tier battleships of other nations.

HMS Conqueror tops the branch and has performance befitting her name with the best detectability range by sea – just 14.8km stock, 11 km in fully researched concealment-specific configuration. This lets Conqueror approach the target on her own terms. Wise enemies will avoid open encounters with this British battleship, which frequently end with a well-placed salvo into their sides. A fast Repair Party provides assurance critical situations, and Conqueror offers a main armament choice between sheer weight of fire and the shell’s maximum damage potential with a configuration of: 4×3 419mm or 4×2 457mm guns.

If you completed the British battleship missions and earned blueprints, each of those blueprints will be exchanged for relative battleships in Update 0.6.10:

Update 0.6.10 improves sound in general, and brings changes to Ultra High settings, a new sound quality preset released in Update 0.6.6, downloaded via the launcher and enabled in Audio Settings. We also made sound behavior more realistic by enhancing ambient noise, amplifying the effect of fire alarms, explosions and shot delay depending on your distance to them, and implementing a new system of aircraft engine sounds.

Try the new War Drums music mode in Settings — you’ll hear interactive music and effects to amp up your experience. When you perform successful actions, short additional musical beats complement the main percussion parts. As with other interactive music, percussion intensifies when you near enemy ships. 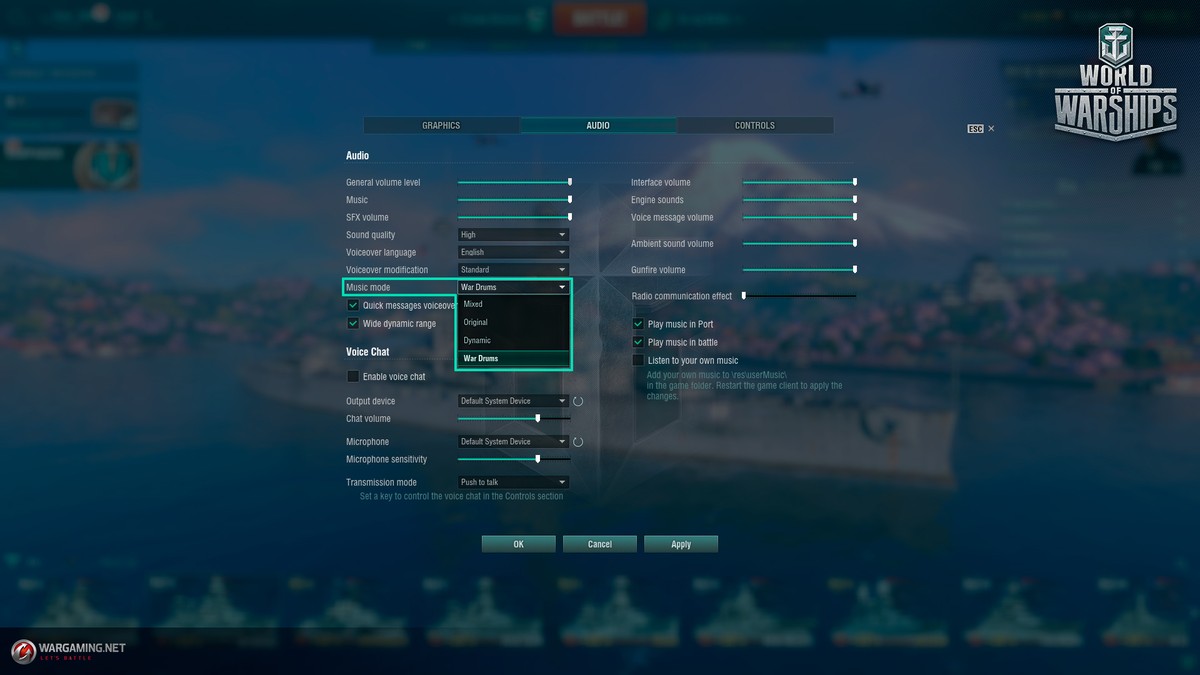 Want to tell by ear when you hit an enemy? Eight groups of ribbons, like “Hits.” “Destroyed,” or “Captured” have distinct sounds when earned.

We re-enabled Quick Commands for the Arpeggio, High School Fleet and Seagal voiceover modifications, but again, no voiceovers are available for the following newly added QC messages:

In this update, we changed the way the files are stored in .pkg files to help reduce the size of future updates. However, the time it takes to install Update 0.6.10 is longer due to the file repack process — expect up to or more than six minutes depending on PC config. 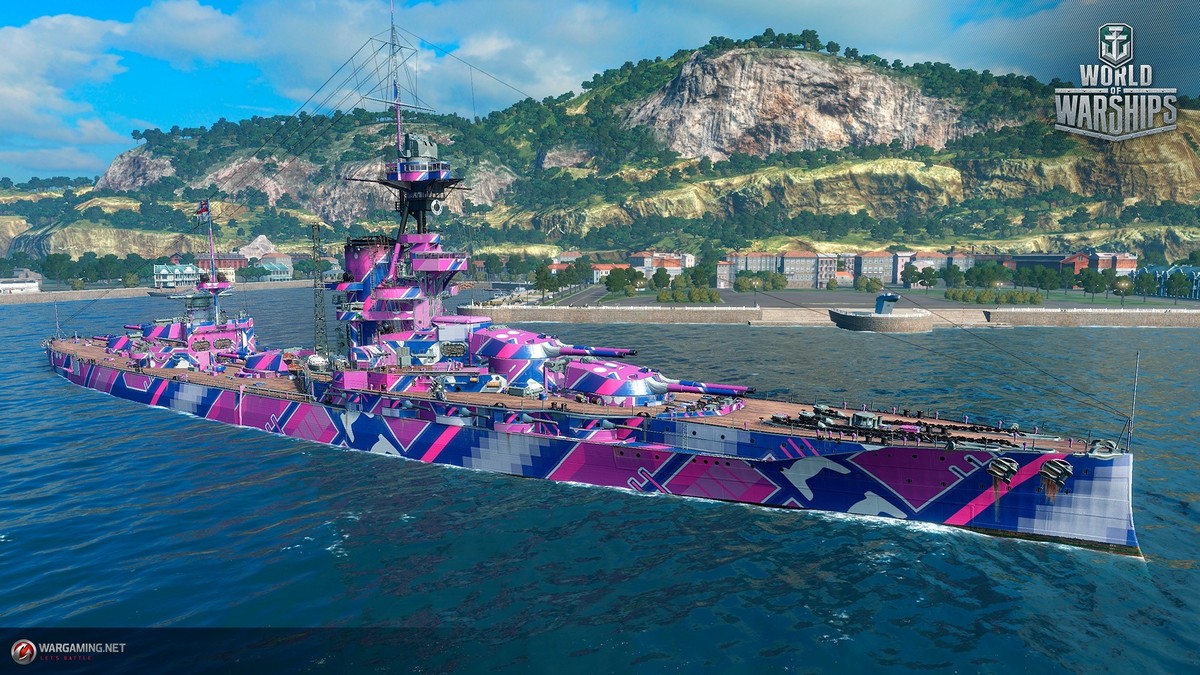