On the day of America’s entry into World War I on 6 April 1917, Charleston was placed in full commission, and early in May reported for duty with the Patrol Force in the Caribbean. Based on St. Thomas, U.S. Virgin Islands, she patrolled for commerce raiders through the month of May, then sailed north carrying Marines from Haiti to Philadelphia. In September–October 1918, she made two convoy escort voyages to Nova Scotia, then joined the Cruiser and Transport Force, with which she made five voyages to France carrying occupation troops overseas and returning with combat veterans.

Charleston sailed from Philadelphia for the west coast on 23 July 1919, reaching Bremerton on 24 August. Here she was placed in reduced commission until late in 1920 when she arrived in San Diego to serve as an administrative flagship for Commander, Destroyer Squadrons, Pacific Fleet. She served on this duty until 4 June 1923, when she sailed for Puget Sound Navy Yard and decommissioned on 4 December 1923. She was sold on 6 March 1930. She was stripped down to the waterline and then sold to the Powell River Company, Ltd. On 25 October 1930, the ship was towed to Powell River, British Columbia, Canada, to serve as a floating breakwater for a large logging mill.

In 1961, heavy weather caused the Charleston to partially flood, and her hull was towed to Kelsey Bay, on the north coast of Vancouver Island. The hulk was run ashore to serve as a breakwater, where she can be seen to this day. 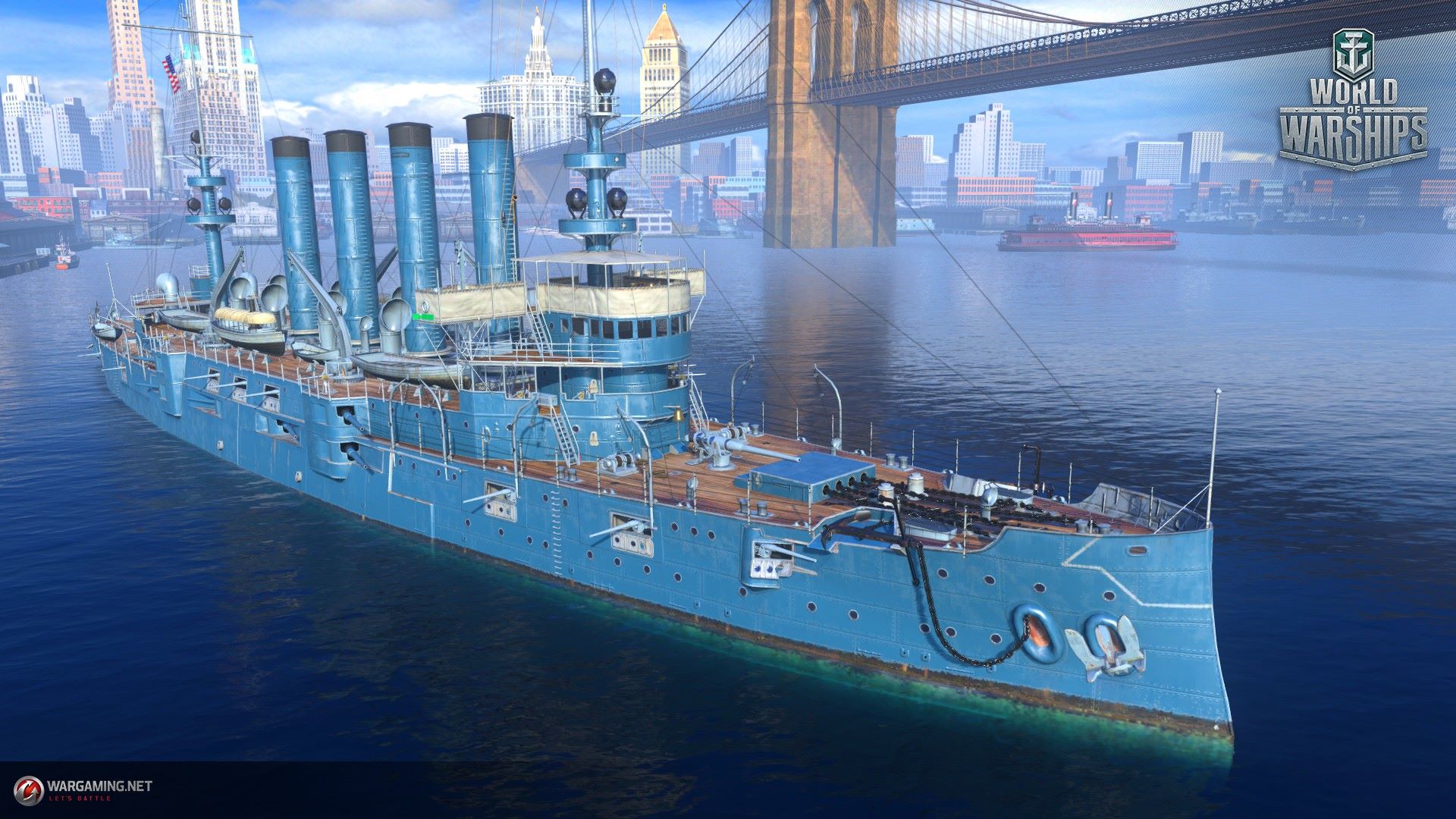 USS Charleston will be introduced as a Premium Tier III cruiser, more details as soon as they are available.