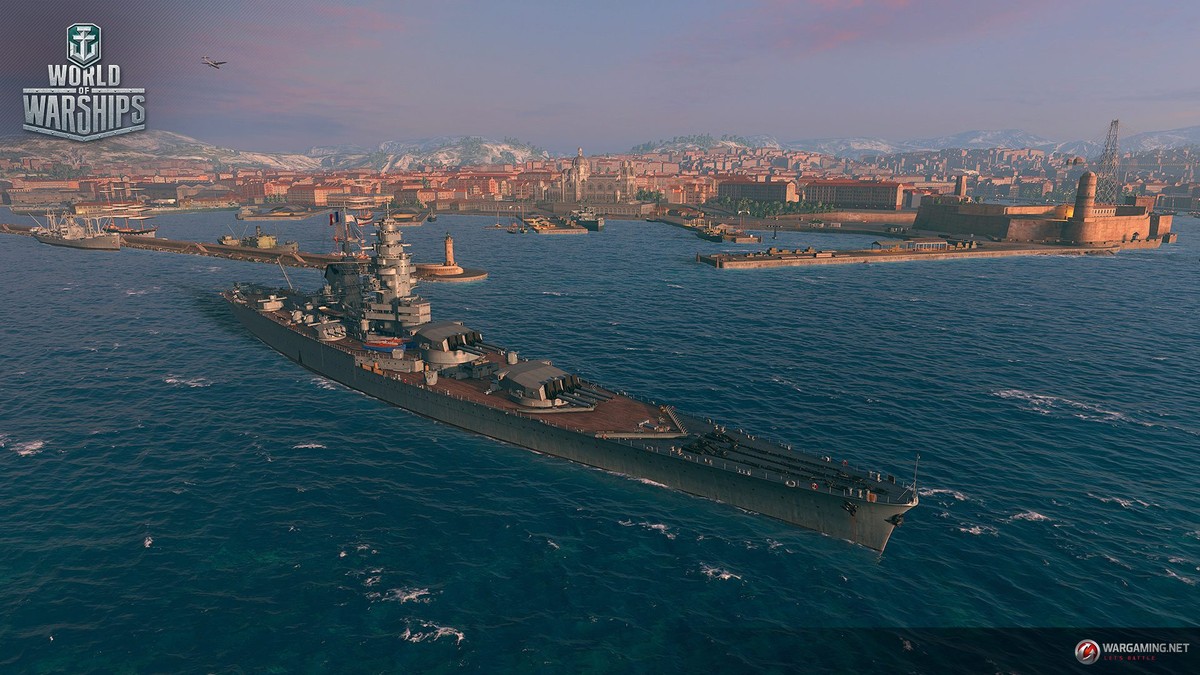 Marseille will be the second French Port available in the game, but it drastically differs from Dunkirk, a port that is already well-known to many of you. The new Port was recreated from photos that date back to 1936-1940s. The Port of Marseille is void of any military activity, instead focusing on a more soothing and relaxing atmosphere associated with the French Riviera. Take advantage of the new camera features available from Update 0.7.0 to enjoy the new Port views.

With the forthcoming release of the new French battleship tech tree, all players will have access to a temporary collection called “Vive la France”. 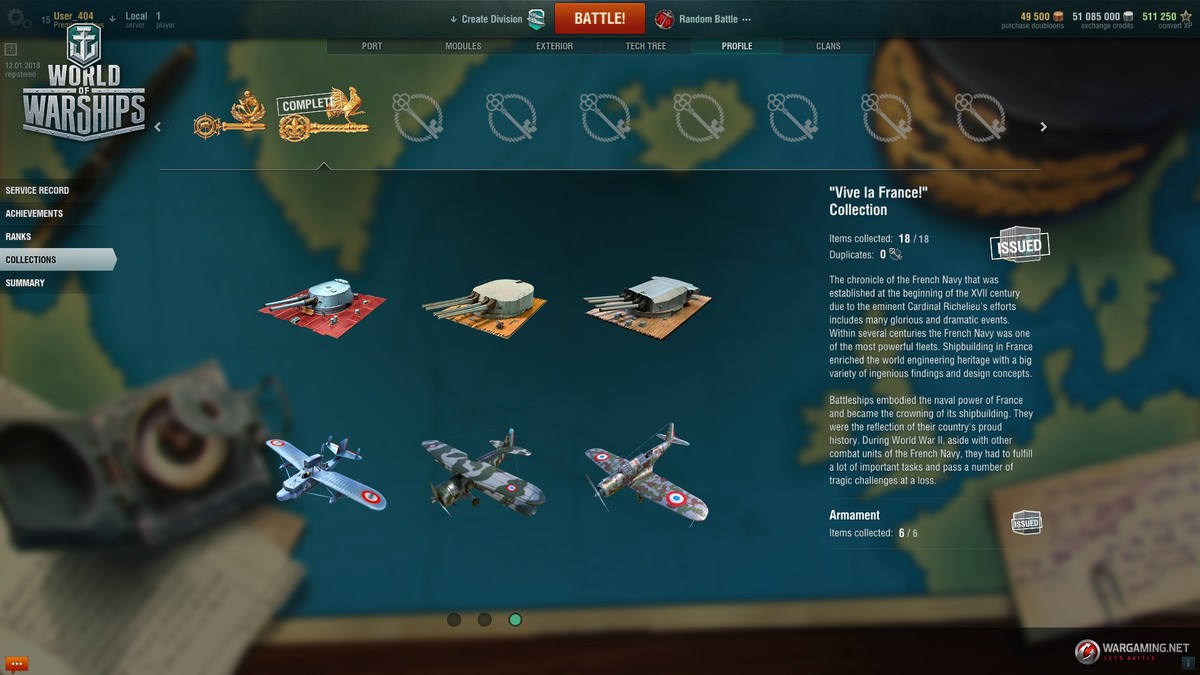 Complete combat missions during the Public Test to earn French Containers with collection items and the new Revolutionary camouflage.

The collection will contain 18 items including:

The Collection is but one side of the upcoming “French” update. Once you’ve completed it, you’ll have a chance to test the battle skills of a new Commander called Jean-Jacques Honoré. 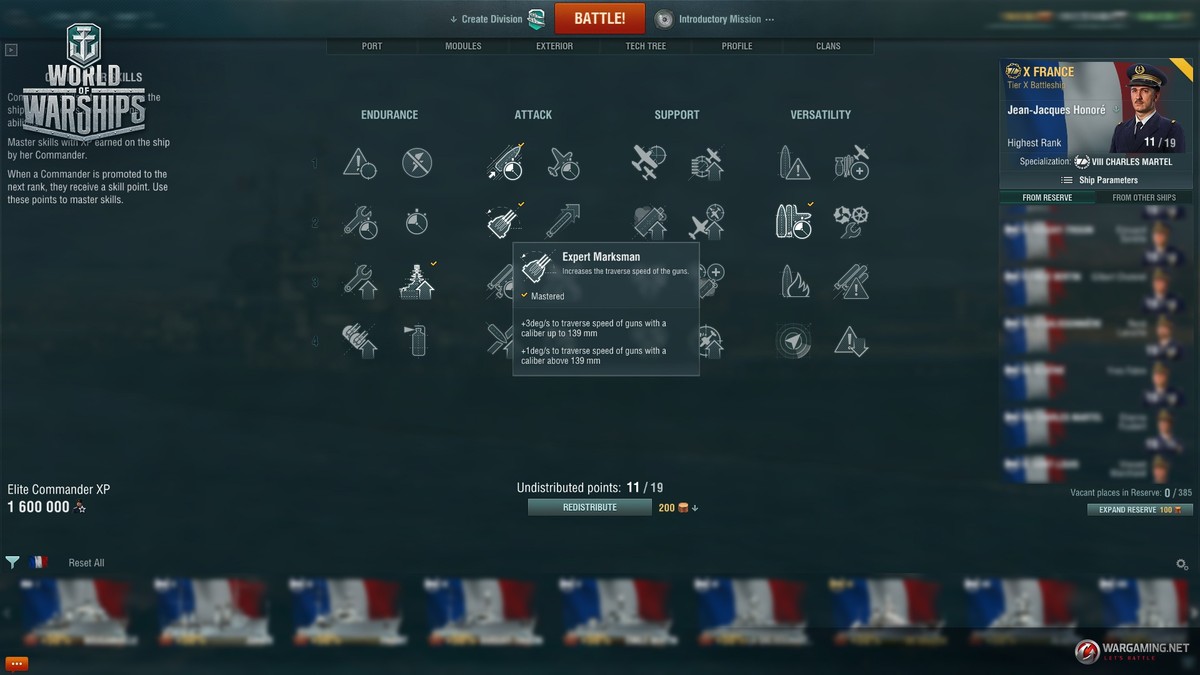 Due to numerous requests from players, we have reworked two maps that often left players asking questions. Those maps are: 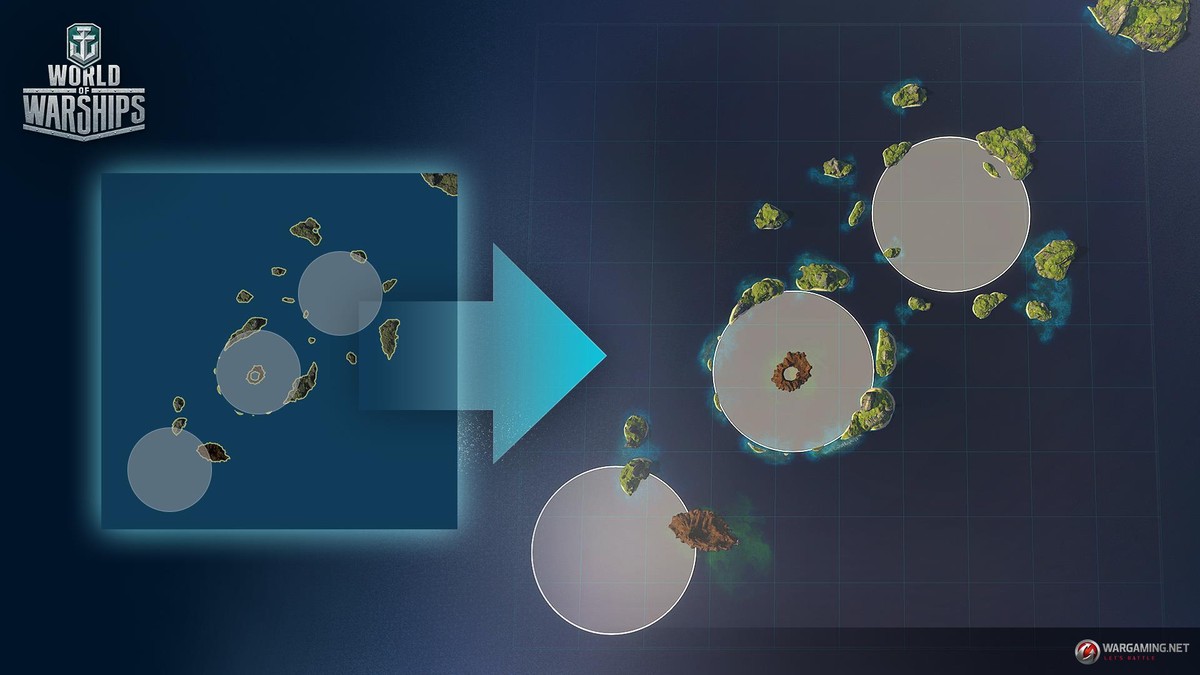 “Tears of the Desert” for Tier IX-X ships. 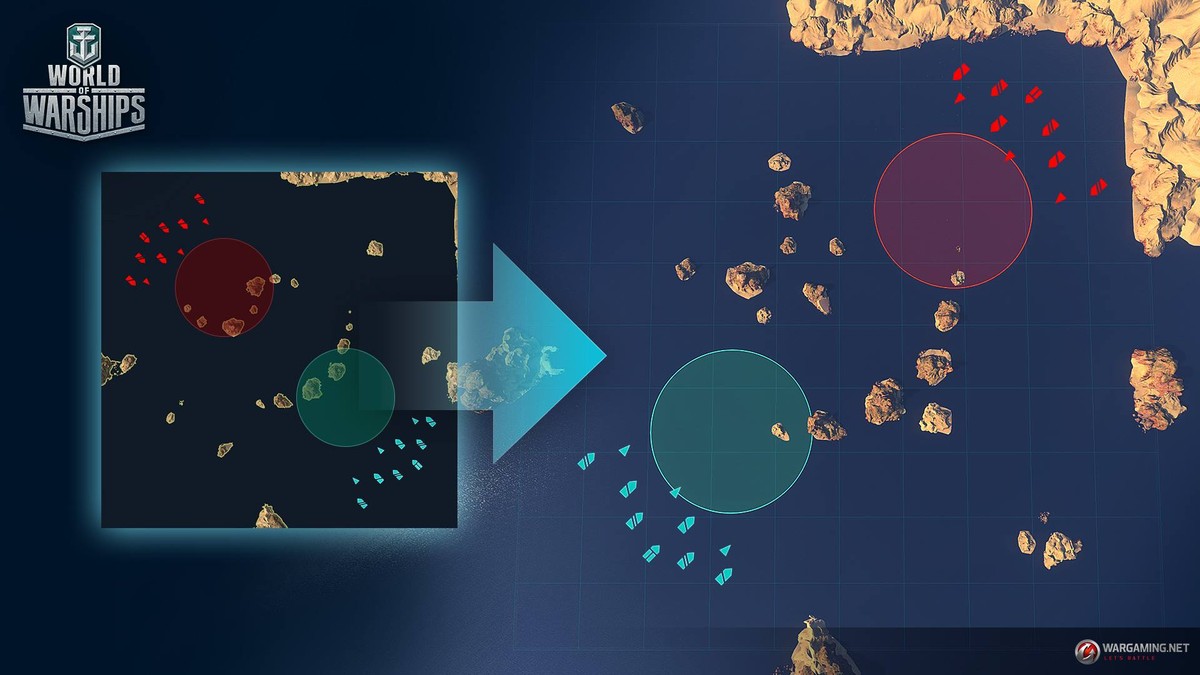 These maps will now encourage more dynamic gameplay. We’ve also improved the balance between types of ships. The “Tears of the Desert” map will be noticeably more comfortable for cruisers.

In addition to the reworked maps, we’re happy to announce the release of a totally new one! The “Sleeping Giant” map combines islands, straits and free flanks, and will be available for ships of Tier IX and X. The new in-game location will take you to the coasts of China with some interesting specific details like the Great Wall of China on the horizon. 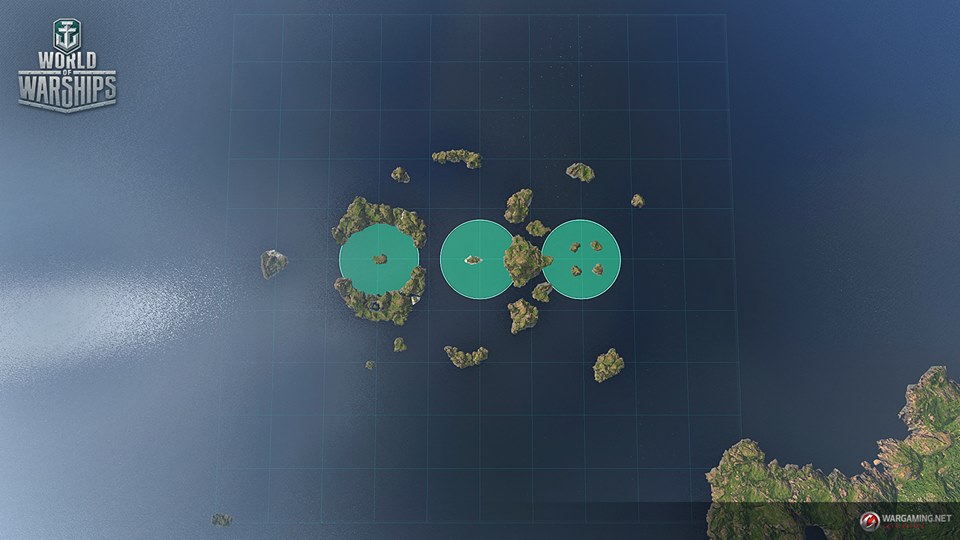 The map will encourage dynamic gameplay: In the Domination battle mode, the Key Area on the left is surrounded by large yet low-rising islands suitable enough for firing from behind them. Between the Key Areas on the right and in the centre, there are several straits that allow moving from one Key Area to the other while remaining under cover. Also, the map is relatively symmetrical and gives equal opportunities for both teams.

Clan Battles are coming back to World of Warships soon! During the Islands of Ice season, standard rules will apply:

Remember, once you lose all your points, your Clan will have to win in a series of Relegation Battles to stay in the league. Consequently, the Clan Rating system will be made up of five Leagues:

During the Public Test, battles take place between teams of three players. Ships aren’t available for rent on the Public Test out but it’ll be a lot easier to unlock any desired Tier X ship, so go for it!

Plunge right into the heat of battles in League – conditions for progressing through Leagues are noticeably simplified, too. As usual, rented Tier X ships will be available after you’ve played at least one battle after the Update is live.

With each and every Update, the sounds in World of Warships become more versatile and saturated and Update 0.7.1 won’t be an exception. It will bring the following changes: