Update 0.6.14 will bring a line of Pan-Asian ships to the game, comprising of one cruiser and nine destroyers. The new ships will carry a new type of weapon, deepwater torpedoes. A small detection radius and increased chances of flooding an enemy ship are a great counter when facing-off against enemy cruisers and battleships. But this advantage comes at a price—the new torpedoes cannot hit other destroyers.

However, a unique “Smoke Generator” consumable with unconventional stats will come in handy in a skirmish against enemy counterparts. With a short cooldown time, extended time of deployment, and a shorter smoke duration, the new smoke generator will provide efficient cover. Perfect for retreating after an unfortunate encounter or when putting enemy ships under massive fire.

The Public Test of Update 0.6.14 will not feature the entire new tech tree. However, once you complete a dedicated chain of missions, you’ll get access to the Tier IX destroyer Chung Mu. This saucy ship carries torpedo launchers with a 10.5 km range and a speed of 66 knots. To counter destroyers, you get five turrets with 127 mm guns with a range of 11 km! Aside from the advantages mentioned above, the destroyer has a decent concealment of 5.7 km in full stealth build. If smoke-firing is not your playstyle of choice and you prefer tough talks, you have a Surveillance Radar at your disposal that you can mount in place of the Smoke Generator. 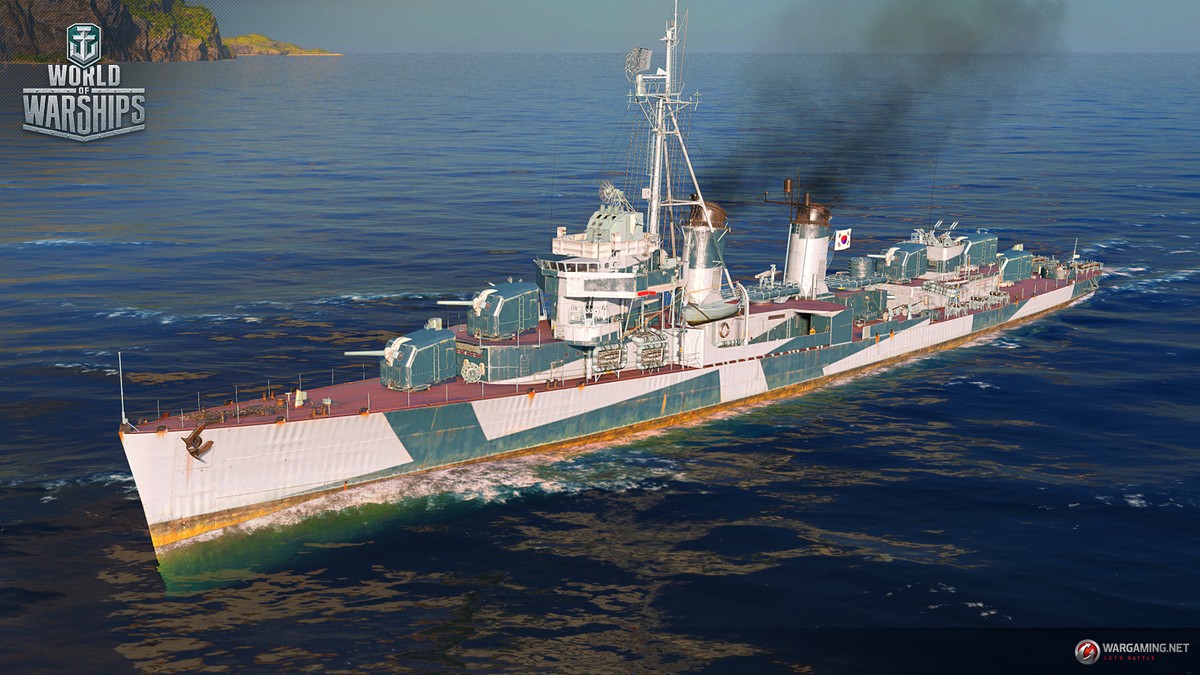 Time to really put your skills to the test! With the release of Update 0.6.14, a new operation called “The Ultimate Frontier” will be added to the game.

With the battlefront getting closer and closer, and amid persistent air strikes on the Rouen Atoll, the project pursued by Japanese scientists and engineers is put at threat. To avoid a catastrophe, a group of transport aircraft is sent to Rouen with a mission to evacuate all personnel and documentation.

You will need to escort the transport aircraft to the airfield while destroying enemy ships posing any danger to them. Once that task is complete, you will have to hold the airfield, preventing its destruction, until the evacuation is over.

Only ships of Tier VII will be allowed to take part in the two-phase Operation.

For all aircraft carriers in the game, we increased action time for the “Damage Control Party” consumable from 5 to 30 seconds, with the probability of catching fire from HE shells brought in line with that applied to the stock hulls of Tier VI carriers.

By introducing this change, we aim to reduce the priority of a hunt for other carriers. In addition, the extended action time of the “Damage Control Party” will allow several squadrons to take off even under a shower of high-explosive shells, but the chances to catch fire when the consumable is on a cooldown will grow. In Update 0.6.14, we’ve applied further balance changes to U.S. carriers so that each ship will now have only one Flight Control module available.

However, each of them will retain their unique six-aircraft squadrons and will carry at least one of each of the following strike groups: fighters, dive bombers and torpedo bombers. These changes will increase the versatility of U.S. carriers while preserving their specific gameplay features. By the way, the high-tier carriers Lexington (Tier VIII), Essex (Tier IX) and Midway (Tier X) will be able to carry AP bombs. Players will be able to try out the new type of weapon that was once only available to players with Premium carriers.

When the Update goes live, all researched and purchased modules on your U.S. aircraft carriers will be taken into account. In introducing the changes in the new Update, we’ll be guided by the underlying principle that players will not lose anything. More details will be available with the release of the full list of changes for the Update. Changed the arrangement of upgrades in the corresponding slots. Now, each slot will house an upgrade more expensive than the one placed in the immediately preceding slot. Slot-based prices will be distributed as follows:

We believe this change will make the arrangement of upgrades more logical and the ship researching process generally more consistent. All upgrades already mounted will remain on relevant ships, only their location by slots will change.