Unique Commanders are coming to World of Warships with Update 0.6.9! Get the scoop on what these new Commander types will do in our video, or check out some of the details on our new campaign and collection below!

With Update 0.6.9, we’ll offer players a lineup of unique commanders. Unique commanders will be marked with a special ribbon in the game and will provide combat or economic bonuses to make your ship stand out from the crowd!

One of the first historical commanders introduced in World of Warships will be Yamamoto Isoroku. Yamamoto Isoroku was a Marshal Admiral of the Imperial Japanese Navy and Commander-in-Chief of the Combined Fleet of the Empire of Japan during World War II. He graduated from the Imperial Japanese Naval Academy, U.S. Naval War College, and Harvard University.

What makes a unique commander?

Update 0.6.9 will bring in two types of commanders: 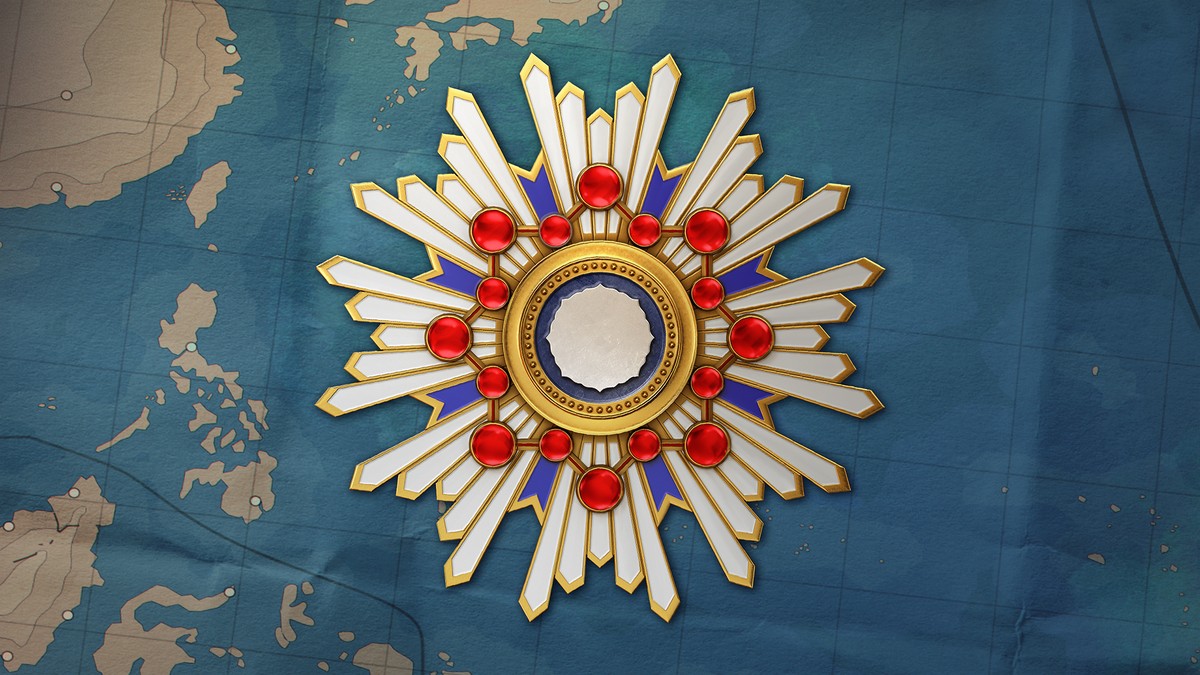 Check out the new permanent historical campaign that narrates the story of Yamamoto Isoroku, Marshal Admiral of the Imperial Japanese Navy and Commander-in-Chief of the Combined Fleet of the Empire of Japan. This campaign consists of five missions, is available for players that have achieved Level 9 in the Service Record, and is intended for Tier VIII+ ships. The campaign is not time limited and can be completed at any stage. The first mission will be available for accomplishment right after the release of Update 0.6.9., and each consecutive mission will become available every two weeks.

You earn Commander Yamamoto Isoroku in the Port and the tier I *Hashidate when you finish the final task of the last mission. You also get a Container with items from the Yamamoto Collection and some bonuses, plus 200,000 Credits and 50,000 Elite Commander XP for retraining Yamamoto for the desired ship.

*We’ll add a Reserve space for Yamamoto only if you don’t have one at the time he’s credited. If you have spare Reserve spaces, you won’t get the free space.

As a commander, Yamamoto has 15 Skill points and two exclusive talents when commanding ships, which will remain active even when being retrained:

Better yet, this legendary Admiral comes with an exclusive pennant, alternative colour settings for main gun shell tracers, and can shoot fireworks off the ship for every time you get “First Blood” or “Kraken Unleashed!” These personalisations can be demounted or mounted as desired similar to flags.

While these personalisations may help your ship stand out in battle, the fireworks won’t reveal you to enemies if they haven’t already spotted you, and they can be mounted and demounted for free, like flags.

Two achievements will be issued to those players who managed to finish the campaign: 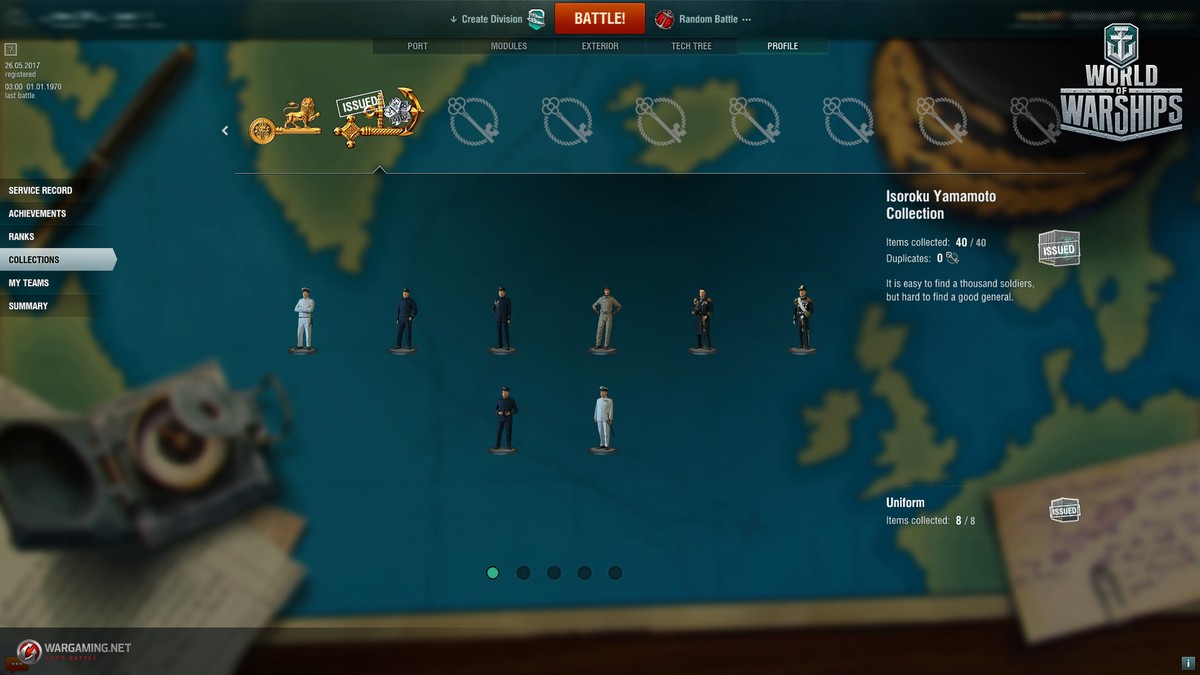 The first collectible can be obtained after finishing the Yamamoto Isoroku campaign or, alternatively, after purchasing special containers in the Premium shop!

As the player progresses through the collection, various abilities will become available for the player, such as mounting a second flag on Japanese ships and adding an alternative colour of camouflage: Type 1, Type 2, Type 5 and Type 6.

The whole collection is divided into five sub-collections, each of them containing eight items. Upon completing a sub-collection, new abilities to modify the ship’s exterior will become available;

The Collection bonuses are available even if players does not have Commander Yamamoto Isoroku on their account.

With the first item of the collection received, the consecutive items will be added into daily containers with a certain probability in addition to normal content of such containers, except for Supercontainers.

Missing collection items can be exchanged for a set number of “Duplicates”, and you will be able to select which item you want to receive in exchange for them. The exchange rate of duplicates to unique items for the “Yamamoto Isoroku” collection will be 5 to 1. After completing the collection, all duplicates remaining on the player’s account will be exchanged for credits at the rate of 1 duplicate = 15,000 Credits.