What Makes a Game Look Realistic?

We all know graphics include: buildings, plants, other small objects but there are also some components you don’t see and they can be the most important. The lighting is a prime example —without proper lighting, everything just looks murky and details are lost—or terrain—without it, your tanks would just fall through the map! Sky and water also play their own parts—without them, it would just be dark and gloomy.

Our goal here is finding a perfect combination of all of these elements to really capture a realistic view of the battlefield. At the same time, we put about as much work to ensure you can enjoy the view with no adverse effect on performance.

It’s easy to detail (and notice) what has changed graphically with 1.0 but the sheer scope of the process is enormous. So before we delve deeper into improvements, let’s take a quick detour to go over key pillars that make Update 1.0 what it is—a major game remaster—and the steps we took way earlier.

The work on graphics won’t stop with Update 1.0. We want to continue fostering and embracing latest technology, and this is just a big step towards that. Now that we have a robust foundation, we’ll continue building on the remastered game’s looks during 2018 and further out.

That’s it for a quick detour. Now onto the juicy details!

The Sky is Always Changing

With the power of photorealistic skyboxes, it’s always sunny in Prokhorovka. Skies looked rather artificial before but now clouds move with wind flow and the sky changes color depending on the lighting.

The lighting itself has affected more than just the skybox and its clouds, just take a look at how the flora has now come to life.

There’s a Light That Never Goes Out

Lighting is one of the most important components of graphics. It affects how textures look, how shadows are formed and more importantly, the lighting interacts with all other components of the visual design of the game.

The global illumination technology, which was added with the addition of the new graphics engine, results in all objects interacting as if it were reality. Take a look for yourself, we certainly hope you can see the difference: 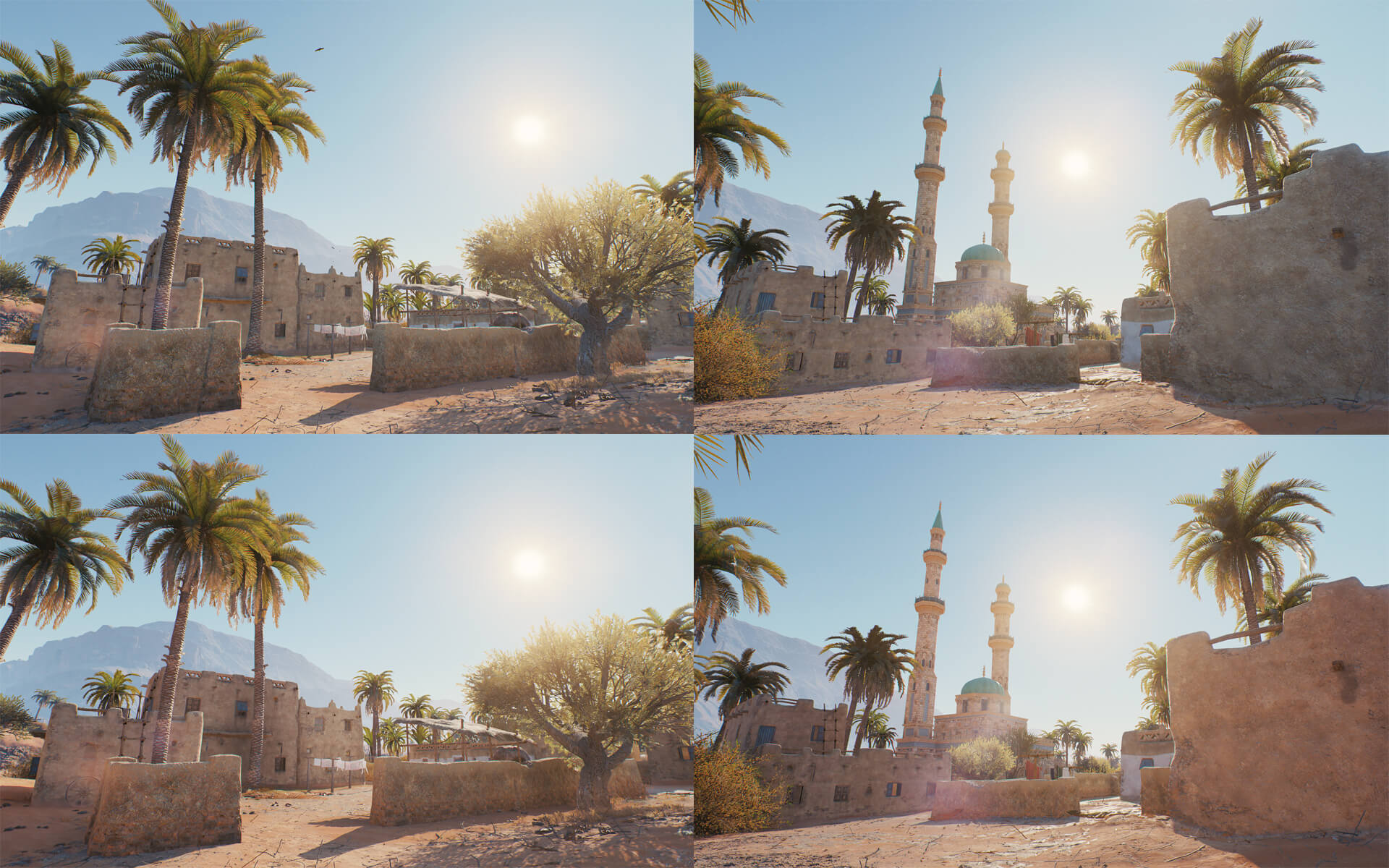 We integrated SpeedTree 6 with heavy modifications to fit the requirements and needs of World of Tanks and significantly changed the interaction between flora and lighting. Just take a look:

Delving even further, the technology calculates the interaction of light between objects. For example, light passing through a colored translucent surface will create colored shadows on other surfaces.

With light, there must be shadows…

World of Tanks has many features which aren’t immediately evident, but significantly affect the atmosphere and realism. For example, shadows. If they are performed qualitatively, the game will look more natural. 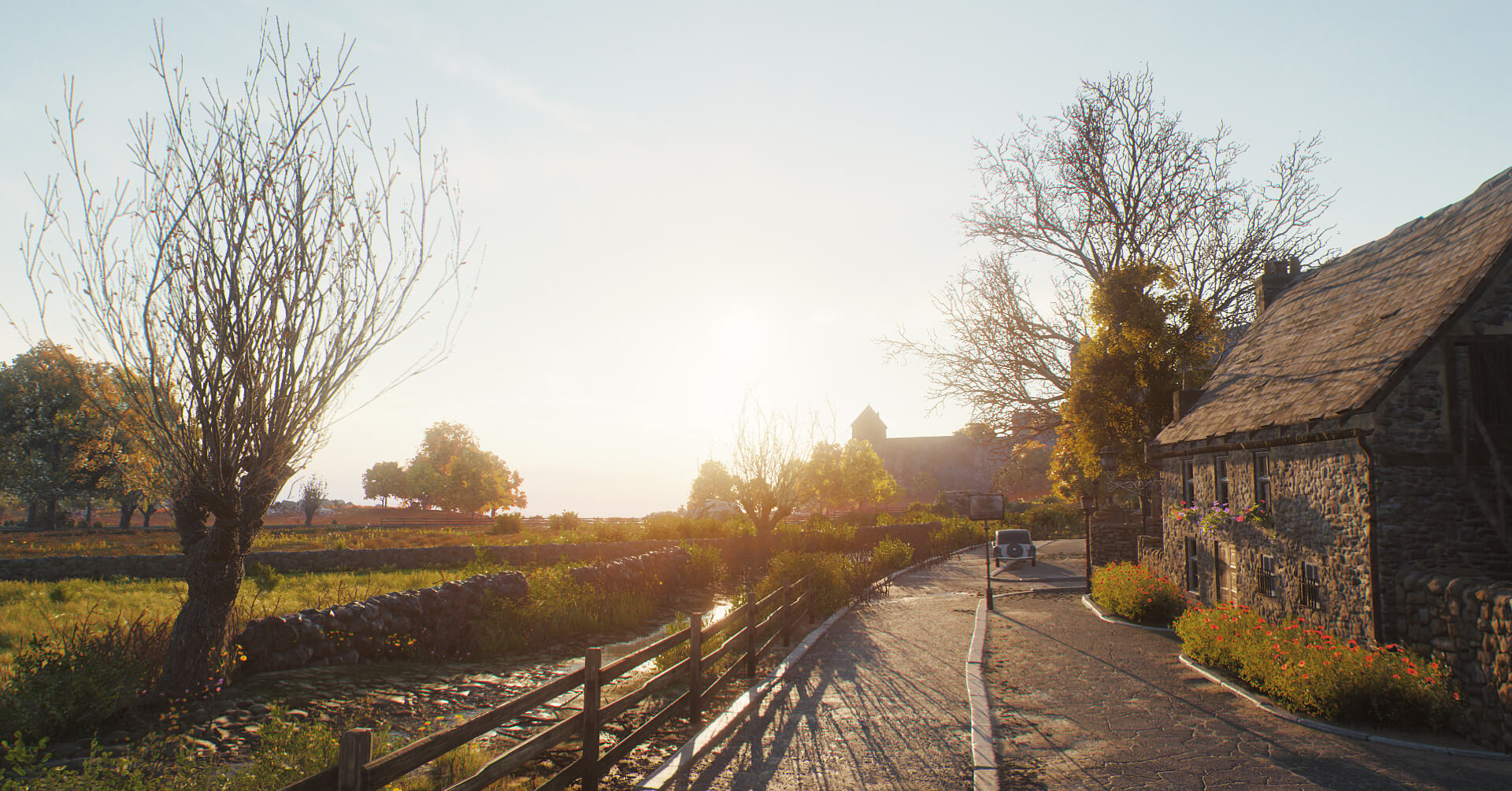 Adaptive Shadow Maps calculates shadows from static objects: buildings, stones, trees, etc. and stores them in a special reusable shadow texture. This reduces the load on the processor and graphics card. Moving objects (machinery, falling trees, and more) will get improved dynamic shadows.

The new graphics engine with shadows interacts with particles effects. That means steam, dust and smoke now have semi-transparent shadows. For example, when your tank travels in the shadow of a mountain, there will no longer be an unnatural glow coming from the track dust. Instead, the dust will absorb the shadow of the mountain and be illuminated as a machine and other nearby objects. And, finally, we applied the material shadow effects which will help to more accurately convey different material’s depth.