Steel Hunter Stage 2 is now live and waiting for you to collect its rewards and Expedition tokens! From September 21 to September 28, login into World of Tanks and engage into your hunter form!

The objective is the same, win to get points so you can level up and receive rewards, but also the most desired Expedition Tokens so you can claim a free Tier IX reward vehicle. Complete the daily missions to earn extra Hunter points and collect a unique 2D style, bonds, credits and more. The unique 2D style Sword of Ullr can only be earned if you reach Level 15. 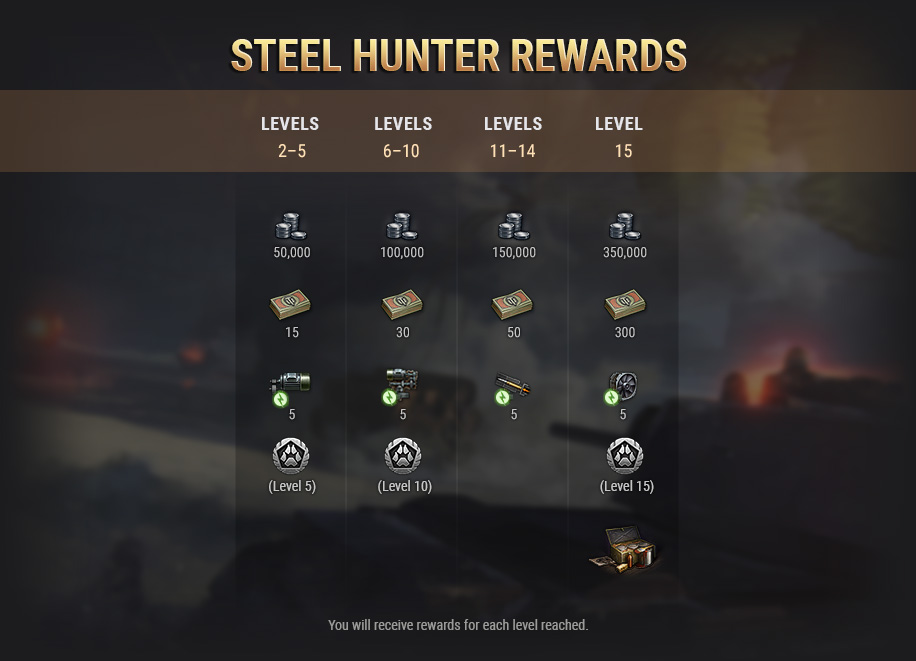 During the first stage of Steel Hunter, players were able to complete six daily missions and earn extra Hunter Points, making the grind much easier and smoother. Now, Stage 2 will bring the same missions but with some differences. They are now harder and less rewarding, making the grind for points longer and harder. Here are the differences:

Don’t forget that you need those Expedition Tokens to be able to claim one of three Tier IX reward tanks: AE Phase I, Char Futur 4 or Object 777 Version II. Good luck and good hunt.