Ready for a new Ranked Battles Season? Soon we will be able to test our skills again and get increase our Bonds funds.

No more stages, this time there will only be one single stage running for twenty-one days, where we have to try to climb all the way up to Rank 15.

Now Rank 5, Rank 10 and Rank 13, offer shields that let you keep your Rank, even if the rules say you should have descended a rank. But these aren’t indestructible, there is a respective number of defeats for each “safe” Rank before they “break”, pushing you one step down the ladder:

At the end of a battle, chevrons will be given to the ten best players of the winning team and to just one exceptional tanker on the losing side. However, if you reach the Top 3 in a winning team, you will get an extra chevron. If you end up in the bottom 10 of a defeated team, you will lose one chevron. Ending up in any of the remaining positions will not change the number of your chevrons, so you can exit the battle safely and have another go in the next fight. This will allow the best players to advance in Rank faster, providing an extra incentive to win.

To secure a place on the leaderboard, you need to earn at least 6 Rank Points, which means reaching Rank 6. Just like it was before, you’ll receive one Rank Point the first time you climb one rank. Once you reach Rank 15, it’s time for your vehicles to do the work: every time your machine earns 5 chevrons, you get one extra point with 25 Bonds. And, starting from this season, you can check your position both in the game client and on the official website.

Special accolades will be handed out to those who participate in Ranked Battles, and just what they are, depends on how successful your performance is during the season. 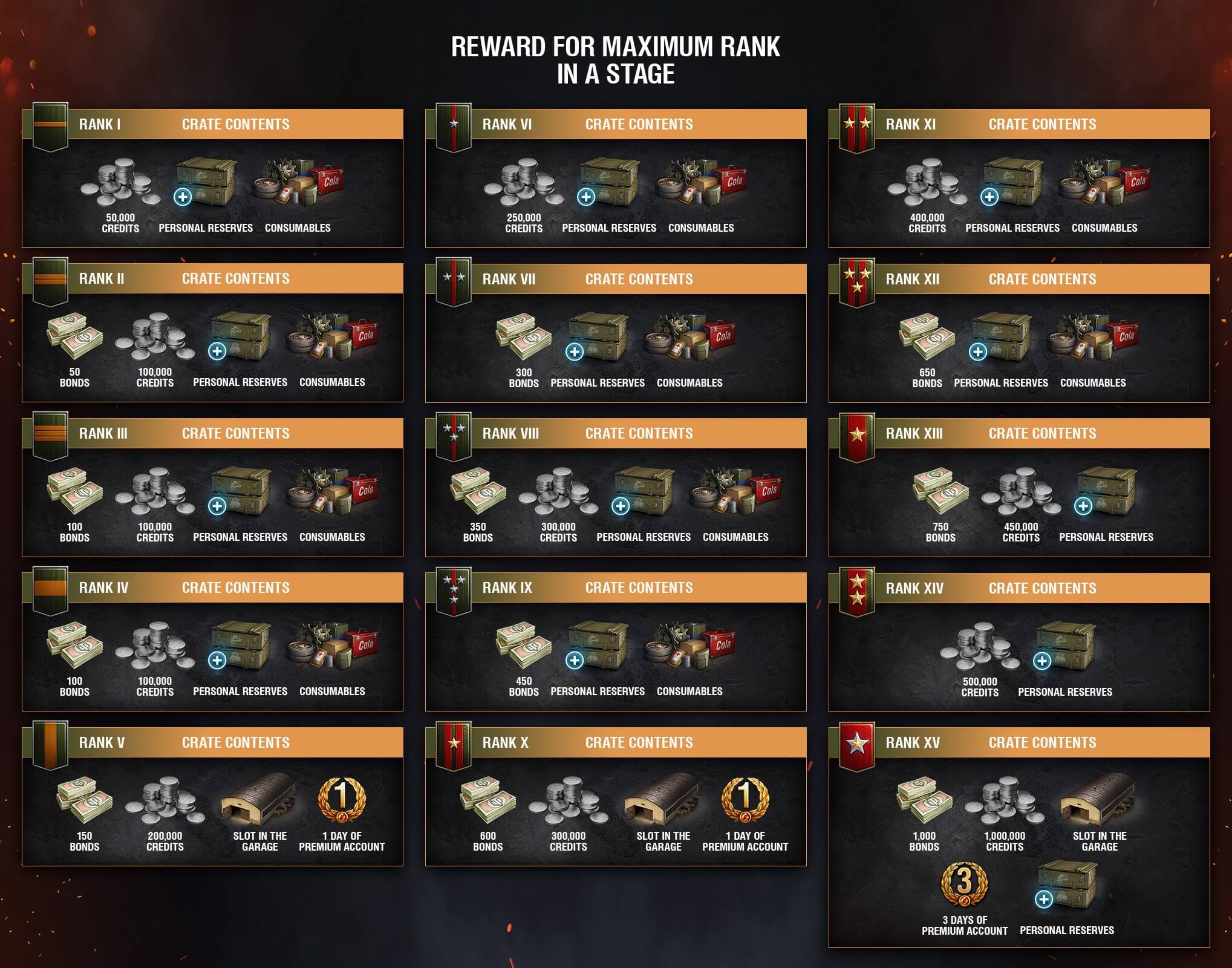