In Update 1.10.1, we aim to adjust the characteristics of several popular high-tier medium tanks in the German, Chinese, and Soviet branches. These balance changes should adjust the performance of these tanks and, at the same time, preserve their key gameplay features. But just to be clear, let’s start off with the key reasons for rebalancing these tanks.

As indicated by your feedback and our statistics, both the German and the Chinese branches of high-tier medium tanks needed a slight rebalance. You’ve often asked us to make the

E 50 Ausf. M  more competitive on the battlefield, so as a result, we’ll improve the turrets of these vehicles, making them more durable and strengthening their frontal armor. In addition, many commanders felt that the Panther II and Panther mit 8,8 cm L/71 guns could be more comfortable and should have increased alpha damage.

Leopard Prototyp A . After reviewing statistics from the Update 1.10 release, it became clear that, in terms of its efficiency, this tank began to stand out from other Tier IX medium vehicles in the game. In a sense, it became an unrivaled adversary on the battlefield, so we decided to slightly reduce some of its firepower parameters while preserving its general playstyle as much as possible.

121 , two fearsome Chinese predators, could be more effective in close combat, but they lack survivability and improved guns for that. The

T-34-2  also need similar tweaks to be more competitive on the battlefield.

Object 140  is a versatile vehicle, but some armor buffs and increased gun depression angles might also do it some good and make it more popular.

Even though the E 50 Ausf. M is already pretty tough, your feedback has confirmed that this vehicle requires a more solid turret to make its role on the battlefield more pronounced. Thus, the frontal armor thickness of the E 50 Ausf. M’s turret will increase from 197 to 267 mm, making this tank less vulnerable in battle at any distance. 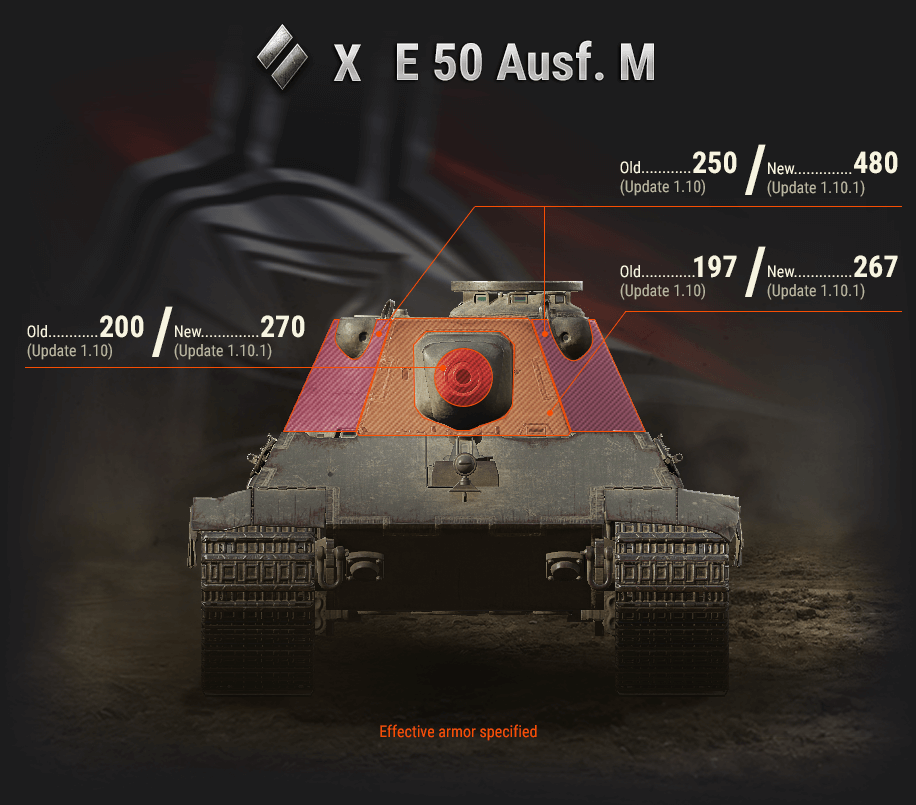 The E 50 will also get tougher frontal turret armor (229 mm instead of 197 mm), helping it fight more effectively both on the front line and at medium and long range. 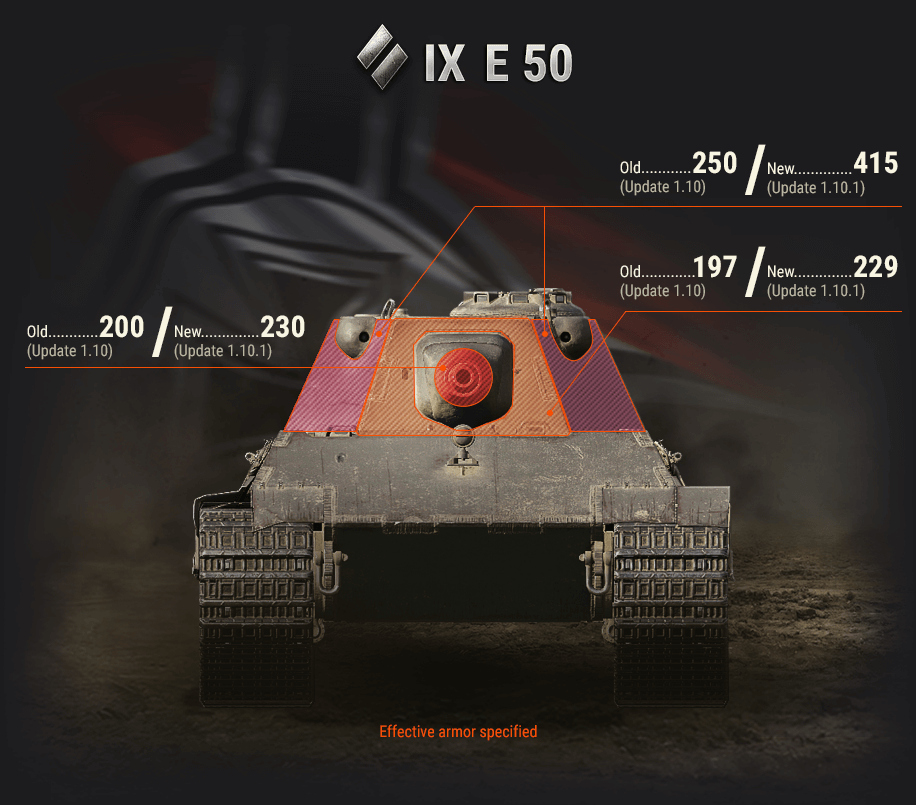 Panther mit 8,8 cm L/71 , both sitting at Tier VIII, will have more impressive firepower as well. Their alpha damage when firing with the 8.8 cm gun will increase from 240 to 280 points.

The characteristics of four menacing Chinese high-tier medium tanks will change to allow them to fight more effectively in close combat.

The frontal turret armor of the 121 will be strengthened, making it sturdier and harder to penetrate. Its HP will increase (from 1,950 to 2,050), as well as engine power, shell velocity, and armor penetration with standard shells (from 258 to 262). The vehicle’s upper glacis plate armor will also be strengthened as shown below. 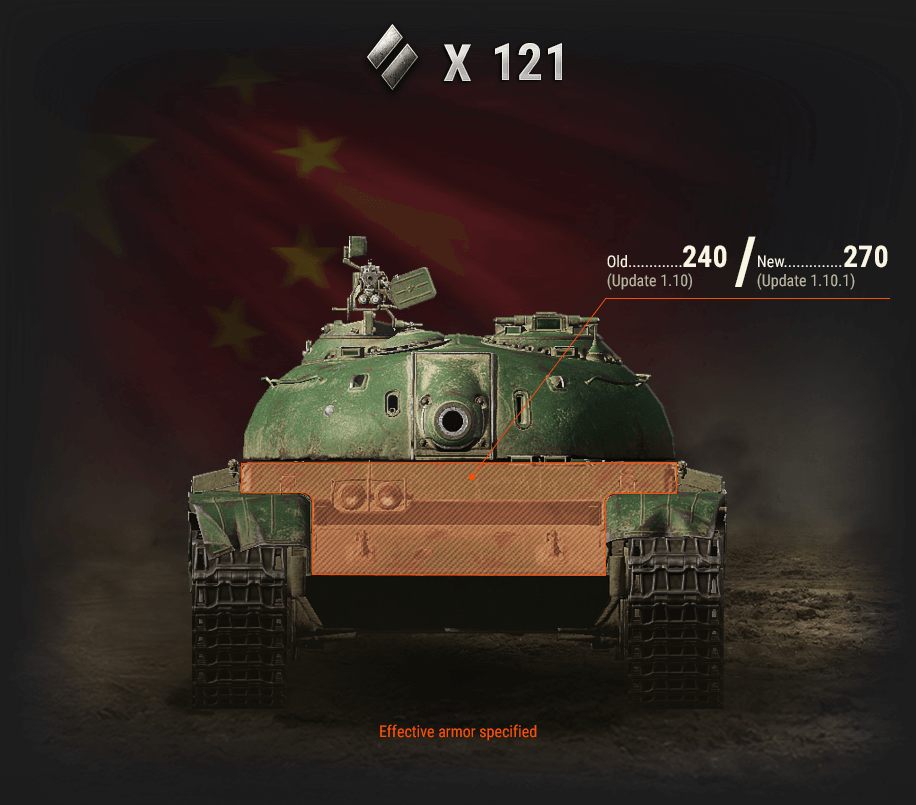 The WZ-120 will preserve its status as a versatile flanker with good maneuverability and serious firepower, but will feel more comfortable in close combat. Its HP will increase from 1,650 to 1,750. In addition, we’ll increase its forward speed (from 56 to 60 km/h), so it will be able to reach strategic zones on the battlefield more swiftly. We’ll also decrease the reload time of the 122 mm gun from 12 to 11 seconds. The WZ-120’s DPM will increase (from 2,200 to 2,400) and its gun dispersion will decrease during turret traverse. 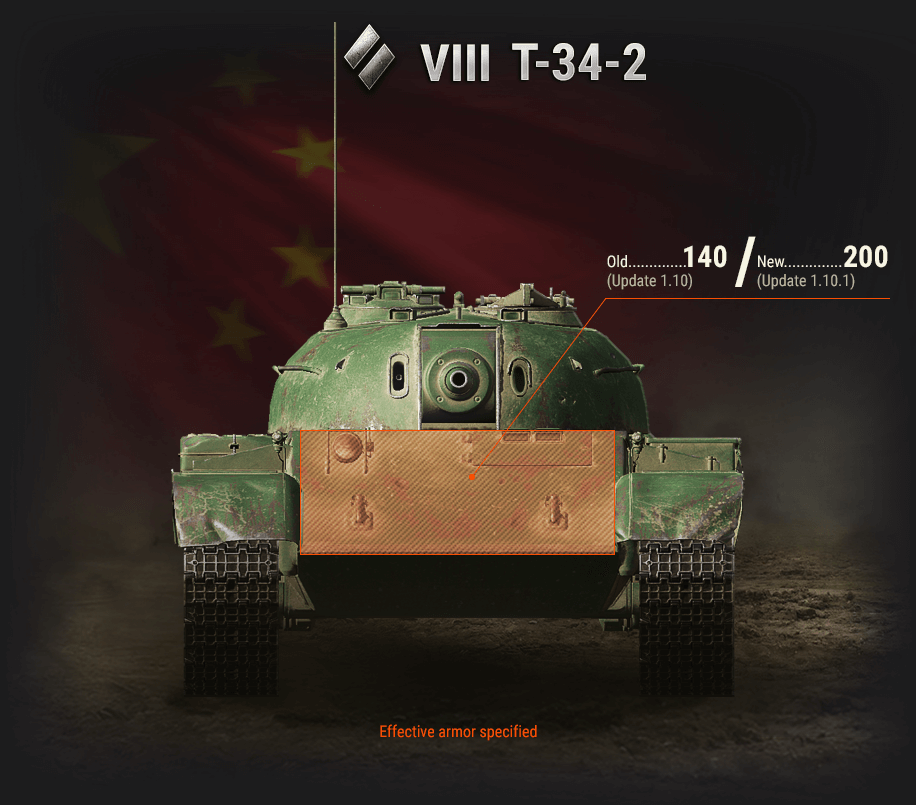 The Leopard Prototyp A: Slight Changes

A little over a year ago, we rebalanced some of the characteristics of this German beast to enhance it as a long-range sniper. However, having studied the statistics from the Update 1.10 release after such a serious improvement in its characteristics, we decided to slightly reduce the following firepower parameters:

These are carefully measured changes which will help us correct its effectiveness and bring the vehicle’s parameters in line with other high-tier medium tanks. The Leopard Prototyp A will remain a formidable vehicle with unique gameplay which can carry a team.

Finally, we’ll rebalance the Soviet Object 140. It will receive a strengthened upper glacis plate to be more competitive in close combat. Its gun depression angle will increase from –6 to –7 degrees, so this flanker will be able to take on most of the terrain. 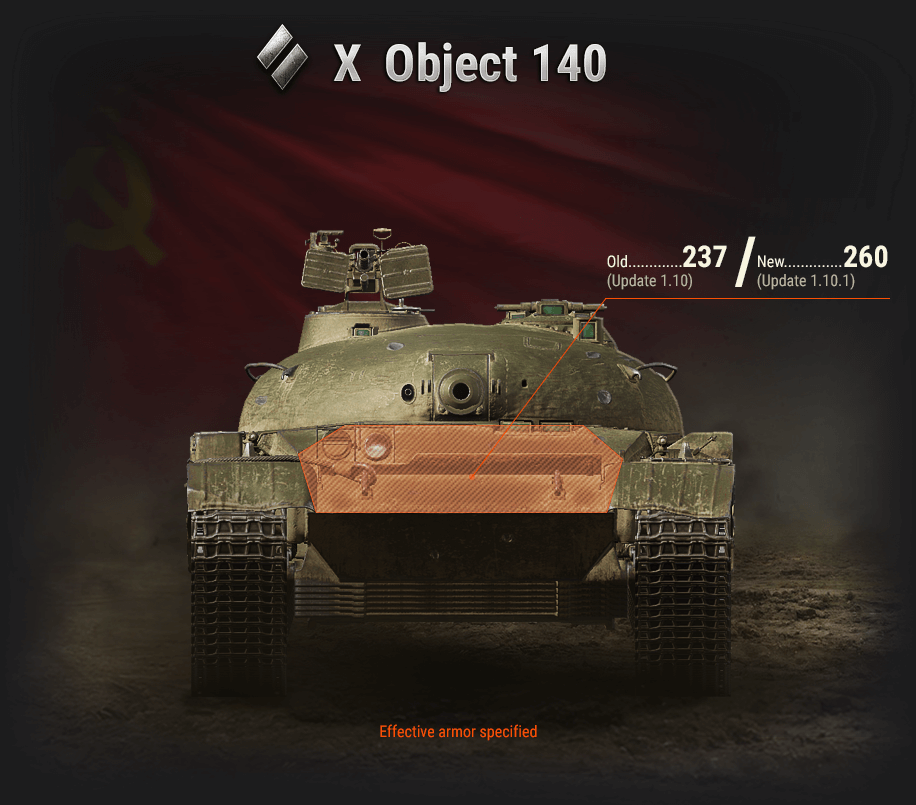