Skip to content
TDB Home » April Fools: VK 85.02(P) German Tier X Heavy Tank Double-Barrel
IMPORTANT NOTICE
The following information was created for April Fool’s 2021. All the information below is made up, created by The Daily Bounce staff as a trick for April Fool’s Day. We hope you enjoyed our joke for 2021, expect more in 2022!

I have received a very interesting leak today of a new upcoming vehicle entering Supertest. Tomorrow, a brand new vehicle will enter Supertest: VK 85.02 (P). This German heavy tank will be the first of its nation featuring a double-barrel! 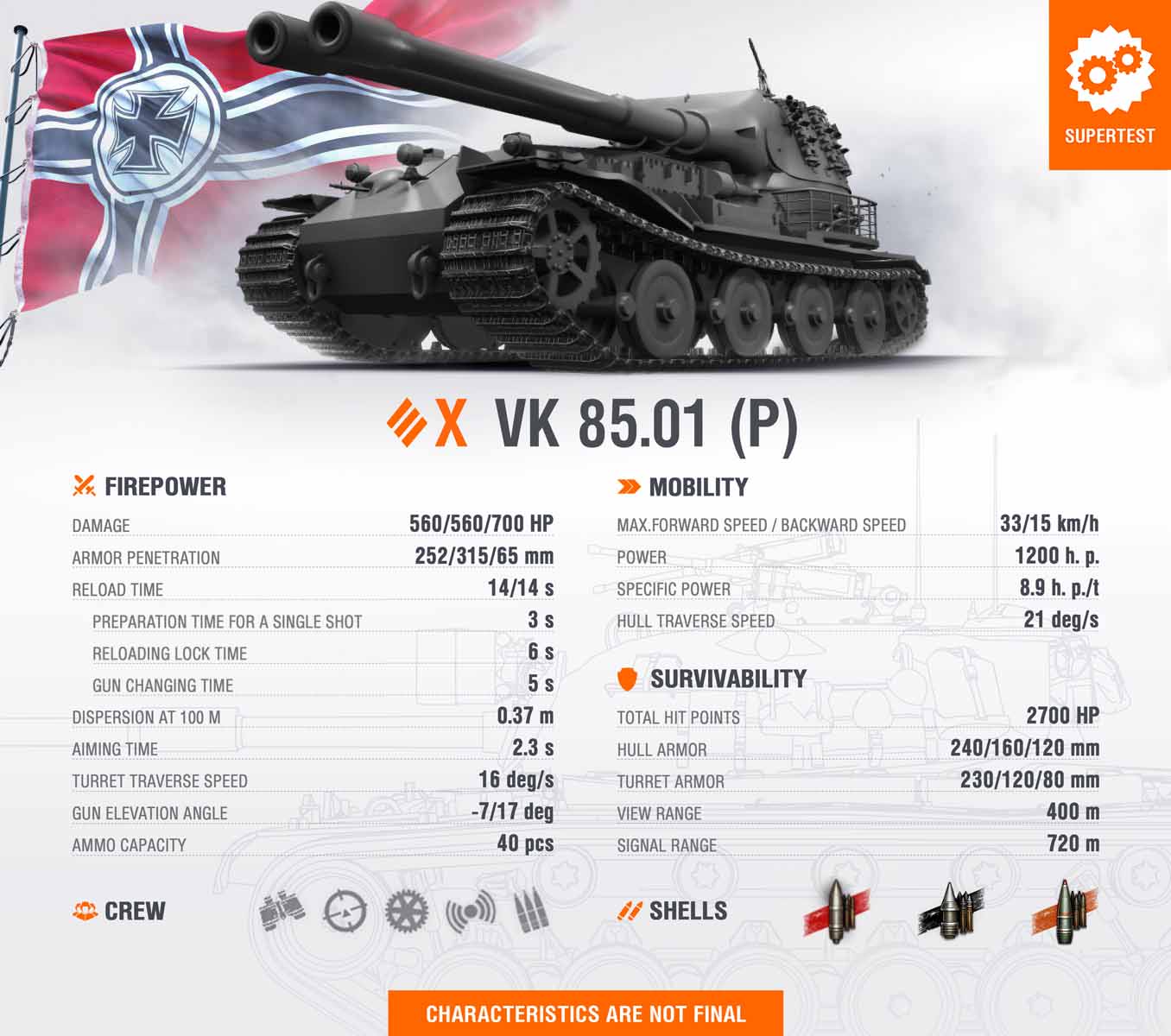 Double-barrel vehicles are not new to the game, but up to this moment, they were unique to the Soviet heavy tank branch. The VK 85.02 (P) will be a reward vehicle and it will bring the already known double-barrel mechanism to the German nation.

Featuring 560 alpha damage per shot, you can double its potential damage using its two 155mm cannons. The vehicle will have AP as a standard shell with an average penetration of 252 mm and APRC as a special shell with 315 mm average penetration. The double-barrel mechanism will work as the Soviet one, where each gun will have its own separate reload time of 14 seconds, and you can deliver a double-shot by holding your fire button by holding it for 3 seconds. If you decide to use the double-shop, the guns will be locked for 6 seconds before they can start reloading individually.

You can also use the vehicle as a regular one-by-one shot and alternate between guns, and once you fire the first gun, it will take 5 seconds for the second gun to get ready to fire. It will be up to you how you will use your firepower to make the most out of it.

But with good firepower and armour, the vehicle won’t be highly mobile. With a top speed of 33 km/h, even its 1,200 h.p. engine will struggle to get it up to speed because the vehicle will only feature an 8.9 h.p./t specific power and the hull traverse speed is only 21 deg/s, so will have to make sure you have some support with you if you don’t want to get flanked by faster vehicles.

Has you can see by the pictures, the model is not finished with textures, so it could still take some time for the vehicle to get introduced to the game. More information soon. 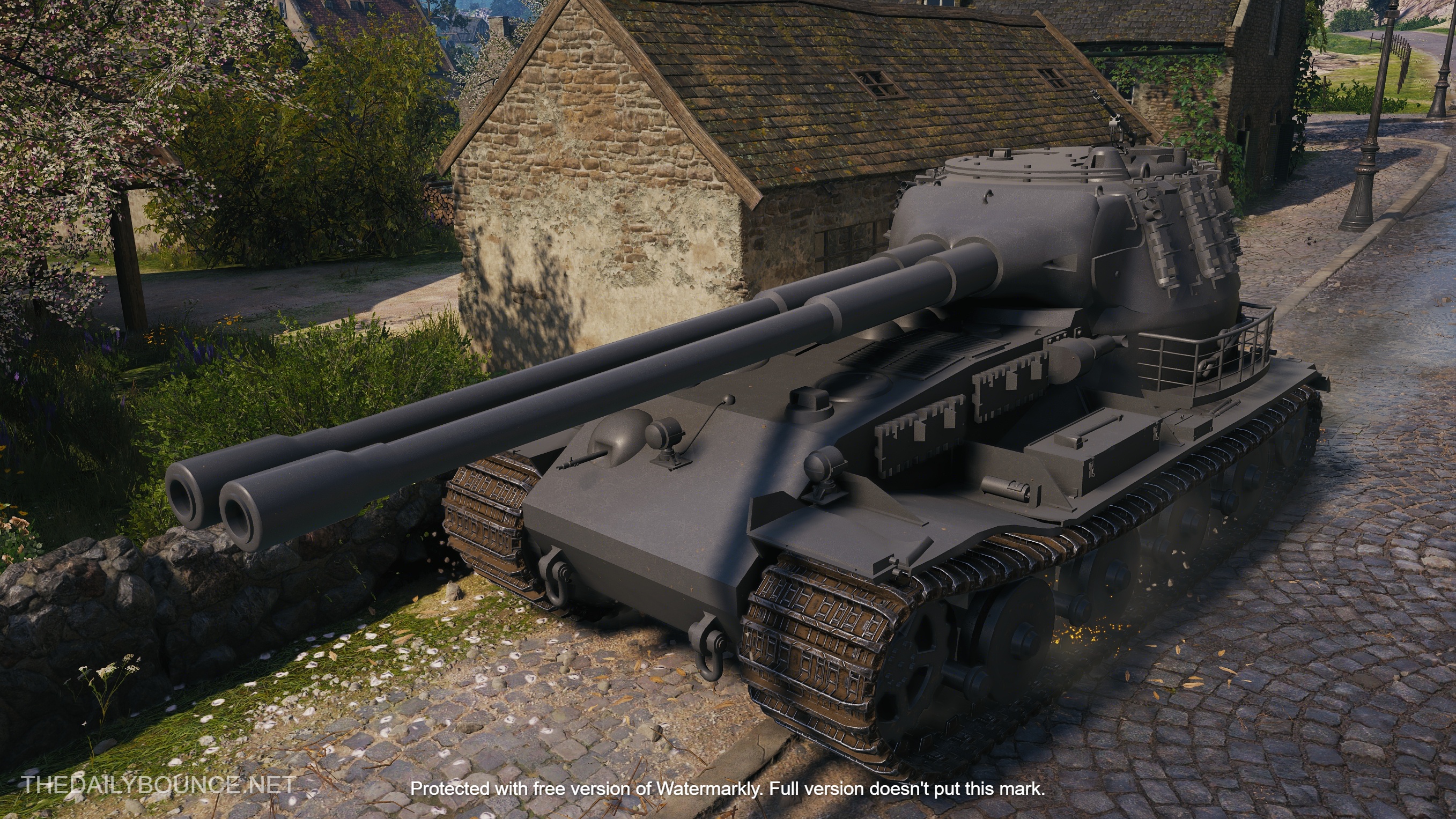