The VK 65.01 (H) is not a new vehicle, but you might never heard of it before. The German Tier V Premium heavy tank first went to test back in April, 2016, was changed again in September 2016 and was never released. 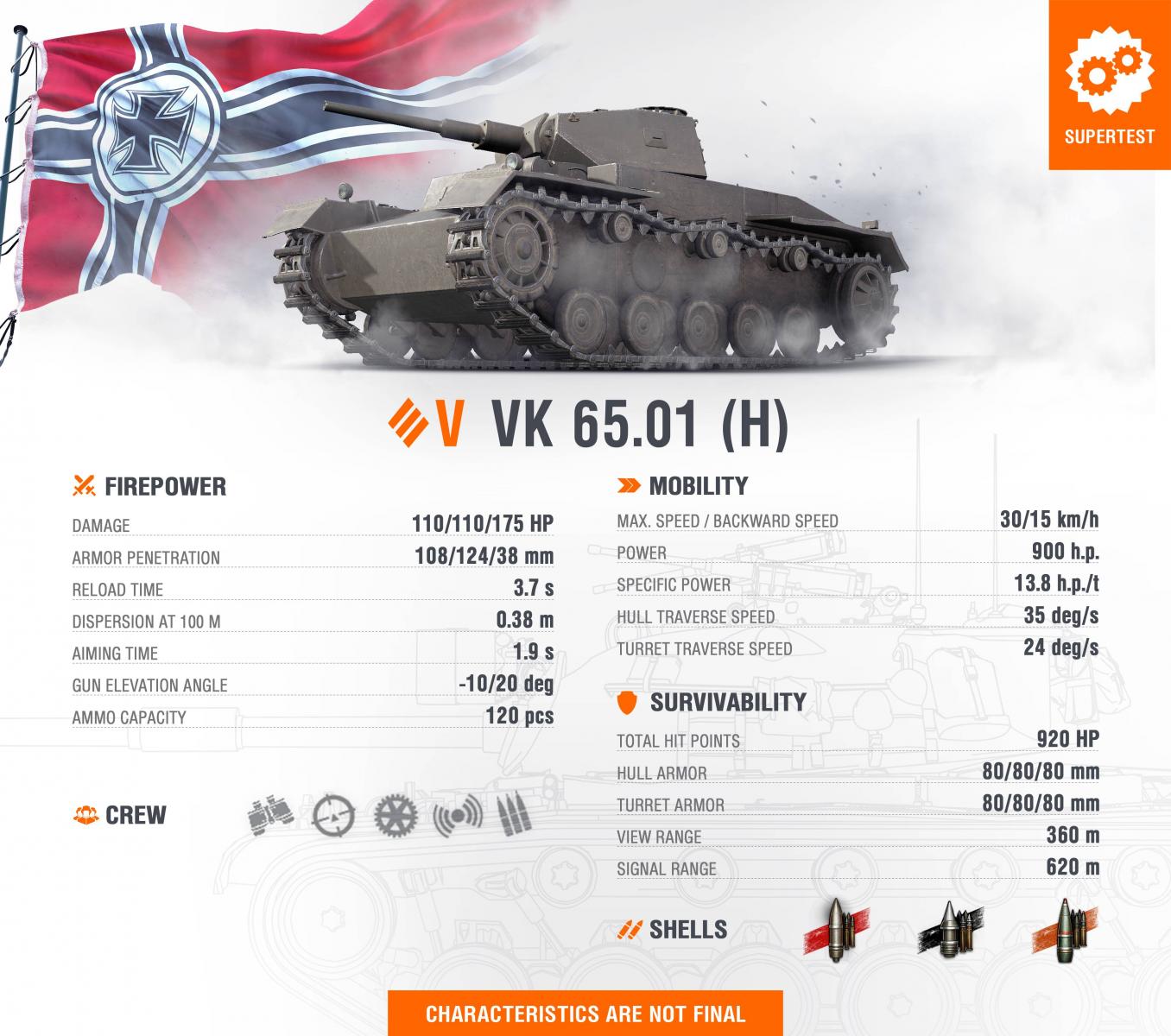 The vehicle received a few changes with the new Supertest iteration and is being prepared for release, most likely a reward tank of some sort. The tank had a problem in the first iterations of Supertest: it was very slow! The ground resistances were also very poor, making it a frustrating vehicle to play. Here’s the list of changes compared to the last iteration: