Halloween is almost here and the ghostly onslaught begins tomorrow, October 27.  Hordes of Leviathan’s minions will march toward the Gate, and you need to answer the call to protect the mortal world and stop Leviathan from unleashing the Apocalypse! Your mission is stopping Leviathan’s attack and expelling its troops from the Gate. With every new battle, Leviathan devises a smarter plan. You never know where its army will spawn as they take a new route toward the Gate with every attack.

Two long lost warriors, Franken and Stein, are summoned from the afterlife by the imminent threat of the Apocalypse. These two don’t need extra equipment to carry the battle. Sporting several turrets each (because drastic times call for drastic measures), they can punch just as hard as their ghostly enemies if you play to their strengths. They come with ghostly Crews that fear nothing and have nothing left to loose, which gives them a chance to defeat Leviathan.

Franken is your go-to if you prefer to snap shots from a distance. Its high damage can be used with its speed to fire while ducking in and out of cover. Find a safe spot and mow down enemies left and right! And should worst come to worst, you have an outstanding gun to blast your way out of a few sticky situations.

If you can’t wait to get up close and personal with Leviathan, consider taking a spin with Stein. Best described as a damage sponge, this wielder of two turrets is mobile and has a better power to weight ratio than Franken, plus lots of hit points to get you through fierce close encounters.

You’ll have both these tanks in your Garage for this event. Pick which one to play, then choose to face Leviathan’s forces in a PvE mission, or play test new vehicles in a 15v15 PvP battle.

With two teams of 15 in multi-turreted tanks, friendly fire can become a game-changer, so it’s disabled to prevent ruining the fun. Enjoy Franken and Stein’s full firepower with no fear of accidentally destroying a few teammates!

Important: Ghostly Crews are tied to their vehicles: you can’t send them to the Barracks or retrain them for other tanks. To keep you focused on the main conflict, we also disabled Crew training for Free XP for event tanks. Training them is an empty gesture anyway, as they return to the underworld on November 9 (along with Franken and Stein).

Now that you’re briefed on the good, let’s look at the bad: Leviathan. No longer content with being a mere steward of the underworld, Leviathan is hungry for more power. To gain ultimate control, it built up an army and led it the Great Gate—the portal to the mortal world. Claiming all for itself, it will unleash the Apocalypse upon the souls of the living… unless it can be stopped.

Getting some intel on the enemy ahead of the battle should help, and we’ve got some for you, right in the Garage. Hover over the grim shadow in the background to see what you’re up against.

Armed with an intimidating main gun, Leviathan has a few secondary weapons mounted across its massive hull. Will it shy away to finish the job with them? Doubtful. Unlike mere mortals, Leviathan is fearless and knows no mercy. It won’t think twice about ramming whoever dares cross paths with it. Its rage is so fierce, simply touching its hull will send you back to the Garage. Also, be wary of the landmines it plants around its enemies; rolling over one leaves you stunned and defenseless for seven seconds. 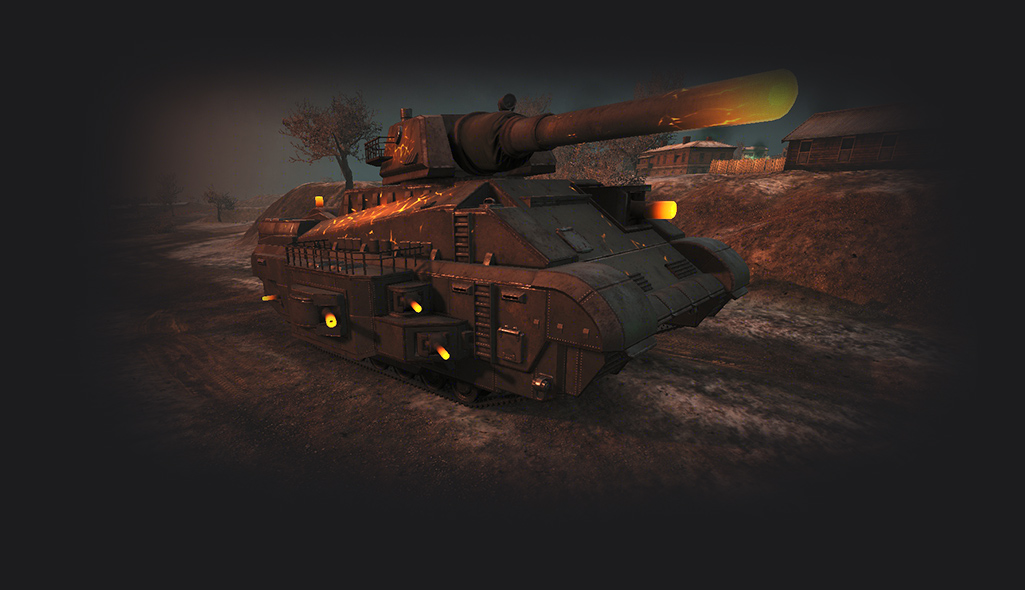 Let’s face facts: it’s going to be a tough battle, but do you really have a choice? It’s either face the threat or watch the world burn. However, Leviathan isn’t without weak spots. Take a closer look and you’ll find there are flaws in its armor. Exploit them and this tough nut is sure to crack.

…And Its Ghostly Army

Supporting Leviathan are fallen warriors who crossed over to the dark side. 14 minions attack the Great Gate, and as crude as they are, they call also be useful to you. By destroying a minion, you gain a Health Pack that heals you and your allies.

How to Fight Minions

Fight for a greater cause, or just for fun! If you want to profit in a new experience, amplify the challenge by embarking on special Battle Missions. Every mission you complete in PvP and PvE modes earns you a sarcophagus filled with valuable in-game items. If you’d like to rack up Credits, embark on the Leviathan’s Invasion mission, available throughout the event in both PvP and PvE.

Once you’ve met all mission conditions, a sarcophagus appears in your Garage. Click on it to collect your prize. Rewards are generated randomly and come in four types. The more complex the task you choose, the greater the reward you get for nailing it.

Important: You only get rewards if you open the sarcophagus.

A stellar performance also gets you exclusive medals. Battle Missions are the key here, too. Every quest gets you a step closer to adding these unique accolades to your personal record.