Luca Tarigo was part of the Navigatori-class of destroyers from the Regia Marina. The ship was laid down in August 1927, launched in December 1928 and completed in November 1929.

The ship’s career during the 1930s was fairly quiet, starting with a major overhaul to take care of the stability issues of the class. In 1937 and 1938, she took part in the Spanish Civil War, with troop transports and convoy escort missions.

During the Second World War, the ship took part in multiple convoy escort missions as well as mine-laying operations. On the 16th of April 1941, she and her convoy were attacked by the British destroyers HMS Janus, Nubian, Jervis and Mohawk. The convoy, caught completely off-guard was brutally outmatched and the Luca Tarigo, the sole remaining ship went for a last stand action, torpedoing HMS Mohawk that was hit twice and had to be scuttled. Luca Tarigo was of course sunk with only 36 men surviving. The Luca Tarigo’s hull is 16 mm thick while the superstructure is protected by 10 mm and the turrets by 6 mm.

While the ship’s DPM with SAP is quite impressive and her concealment is respectable, I’m still not convinced by the ultra-short main battery firing range, especially when you look at her HP pool that is above average but not much more. It feels like engagements will really be decided by the availability of the fuel smoke. Otherwise, she just won’t be able to cut it against her opponents. 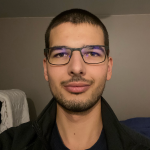